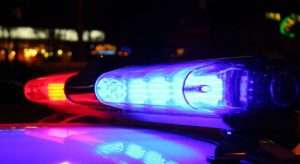 WYANDOTTE — A single vehicle rollover crash at Biddle and Vinewood on the morning of Nov. 15 resulted in the 27-year-old driver being charged with felony counts of unlawful driving away of a motor vehicle and receiving and concealing stolen property.

A passenger fled the scene before police officers arrived, but the driver was detained. A screwdriver was found in his pocket, and the vehicle ignition was punched out, indicating that the vehicle may have been stolen.

It was soon confirmed that it was, indeed, stolen from a Lincoln Park resident in the middle of the night.