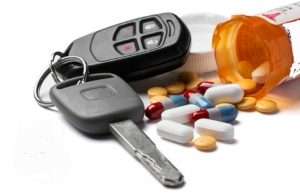 WYANDOTTE — A Lincoln Park man in his 60s was arrested the morning of Nov. 14 for operating under the influence of drugs after police dispatch received multiple calls about an impaired man driving his vehicle on the sidewalk and hitting a parked car.

The driver blew out a tire, making it easy for police officers to locate him.

The responding officers believed that the man was under the influence of several prescription pills, impairing his perception. A warrant was obtained for a blood draw to determine what was in his system.