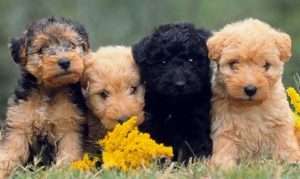 LINCOLN PARK — A woman reported Nov. 7 that her Facebook account was hacked six months ago, and is repeated being fraudulently used to sell puppies.

She said that on two separate occasions people who were defrauded tracked down her physical address demanding the puppies they purchased. She is worried that people will think she is the person taking their money and might put her safety in jeopardy.

She was advised to not answer the door to anyone she does not know, and to report any issues immediately to the Lincoln Park Police Department.