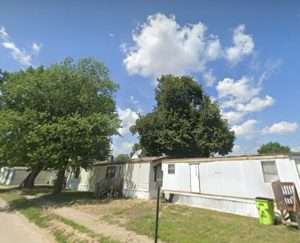 MELVINDALE — A woman reported Nov. 19 that her ex-boyfriend is stalking her and threatened her because she didn’t want to have any contact with him.

The woman, who is currently living in the Melvindale Mobile Home Park, said her ex had come to her workplace in Sterling Heights and threatened her, which she recorded on her cell phone. She said he also followed her to her previous residence, forcing her to move.

She said she was upset that he found out she had moved to Melvindale, and said her brother recently got into a fight with her ex when her ex saw her brother with her car at a Lincoln Park gas station.

The woman said that in the past, her ex has broken her vehicle windows, and she showed police officers texts from him that revealed his threats to break her friend’s windows if she didn’t talk to him.

She said the texts indicate that her ex plans to find and follow her, and he texted that she will regret it if she ignores him because “he is about to get evil.” She said her ex has been known to carry a gun.

The woman was advised to get a personal protection order against her ex, was advised to install a surveillance camera for outside her residence and to call police officers immediately if he shows up.