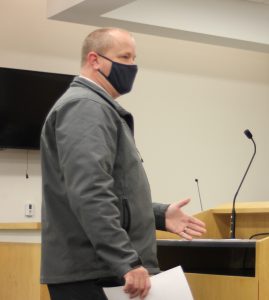 By SUE SUCHYTA Sunday Times Newspapers ALLEN PARK – The City Council authorized a year-long study by Fishbeck Engineering Nov. 24 to determine whether the calculations used by the Downriver Utility Wastewater Authority overcharges the city for excess flow. Tom Murray, director of the Department of Public Services and Engineering, said the wet weather study, which would cost $285,000, spread over two fiscal years, would take one calendar year to complete, and has the potential to save the city an estimated $100,000 annually in … END_OF_DOCUMENT_TOKEN_TO_BE_REPLACED 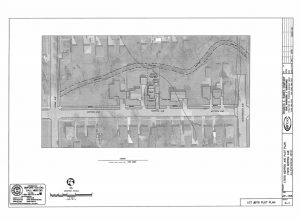 By SUE SUCHYTA Sunday Times Newspapers ALLEN PARK – The city plans to apply for a Federal Emergency Management Agency Hazard Mitigation grant to acquire and demolish a flood damaged house on Keppen Avenue south of the Ecorse Creek. The house, at 17070 Keppen Ave., has a rear yard which is south the of north branch of the Ecorse Creek, and has flooded twice in the past six years, rendering it unsellable. The U.S. Army Corps of Engineers has no plans for Ecorse Creek channel improvements in the area, and is focusing … END_OF_DOCUMENT_TOKEN_TO_BE_REPLACED 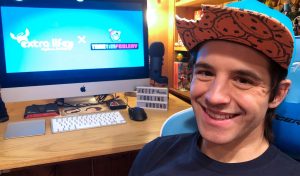 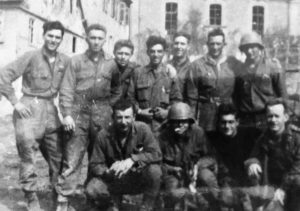 By ZEINAB NAJM Times-Herald Newspapers DEARBORN — The book “A Young Man on the Front Line: Lessons of War” celebrates the legacy and life of U.S. Army Sgt. Chris Makas, as written by his daughter Elaine Makas, who grew up listening to the stories she shares with readers. Elaine Makas, 66, was born and raised in Dearborn with her sister and brother, graduating from Edsel Ford High School. Her father, moved to Dearborn in 1950 after serving in World War II, worked for Ford Motor Co. and also volunteered at the Henry Ford Museum … END_OF_DOCUMENT_TOKEN_TO_BE_REPLACED 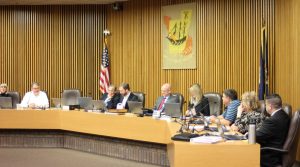 By SUE SUCHYTA Sunday Times Newspapers TRENTON – Plante Moran’s Nov. 16 city council audit presentation provided a reminder of its anticipated decrease in tax revenue, the likely end of state subsidies and the need to budget accordingly. Property taxes are the city’s largest source of revenue, and the report indicated that the $1 million Trenton received from the State Local Community Stabilization Authority, for lost personal property taxes, was unlikely to continue in the future. In the past year, the city’s general fund … END_OF_DOCUMENT_TOKEN_TO_BE_REPLACED 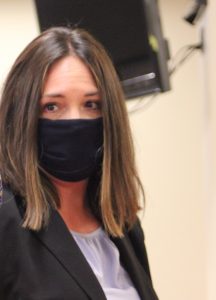 By SUE SUCHYTA Sunday Times Newspapers WYANDOTTE – A Regional Wellness and Recovery Court to serve Downriver misdemeanor offenders may soon become a reality thanks to the work of Wyandotte 27th District Court Chief Judge Elizabeth DiSanto. The City Council approved the plan at its Nov. 23 meeting, and, pending review and final approval by the city administrator, the process will be one step closer to becoming a reality. DiSanto said that, as a presiding judge, she has seen the mental health needs of misdemeanor offenders … END_OF_DOCUMENT_TOKEN_TO_BE_REPLACED

Allen Park Drunken man found passed out near impound lot A 43-year-old Detroit man was arrested at 1:30 a.m. Nov. 22 for operating while impaired, drug possession and having an open container of alcohol in his vehicle, after he fell asleep in his parked car near the police department’s impound lot at Southfield Road and I-94. When a police officer approached the man, he was found slumped over the steering wheel with an open bottle of Hennessy cognac between his legs. After removing the keys from the ignition, he awakened the … END_OF_DOCUMENT_TOKEN_TO_BE_REPLACED

Dear Savvy Senior, I’m interested in tracking down some old friends I’ve lost touch with over the years but could use some help. What websites can you recommend that can help me find them? Tracking Tom Dear Tom, Thanks to the Internet, tracking down long-lost friends from many years ago is relatively easy to do and, in most cases, it won’t cost you a cent. Here are some tips and online tools to help you get started. Remembering the Details Before you begin your search, a good first step is to jot down any information you … END_OF_DOCUMENT_TOKEN_TO_BE_REPLACED

It already seems clear that the first major political and culture eruption of the Biden years will be a roiling populist backlash against the next round of COVID restrictions. We saw this sentiment play out in sporadic anti-lockdown demonstrations last spring and it has driven ongoing resistance to masks, but it is, in all likelihood, about to reach an entirely new level — fueled by exhaustion with the virus, elite hypocrisy and the shattered credibility of the public-health establishment. The ascension of Joe Biden will add … END_OF_DOCUMENT_TOKEN_TO_BE_REPLACED

In my hometown of Little Rock, Ark., back in the late 1950s they closed the public schools down rather than desegregate. But since high-school sports were as big as in Texas, they kept the football season going. The saying around town that year was that the teams were “Undefeated, Untied and Uneducated.” Fast-forward 60-plus years. This year, so many schools are once again closed, but at least some of their teams are also not playing football, nor any sports. It’s too dangerous, thanks to the pandemic. Now we are overwhelmed … END_OF_DOCUMENT_TOKEN_TO_BE_REPLACED