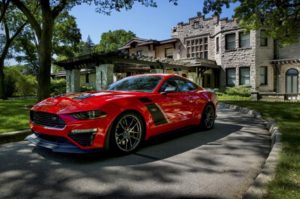 Online raffle of 2020 Roush Stage 3 Mustang to raise funds DEARBORN — Fair Lane: Home of Clara and Henry Ford announces the reopening of its gardens and grounds to visitors. While Fair Lane’s residence and powerhouse remain closed for restoration, the 17 acres of gardens and grounds have reopened to the public, free of charge, seven days a week from 8 a.m. to 6 p.m. Within the landscape is a formal rose garden with over 300 roses complete with a historic iron gate, fountain and copper roofed Tea House. There is also an … END_OF_DOCUMENT_TOKEN_TO_BE_REPLACED 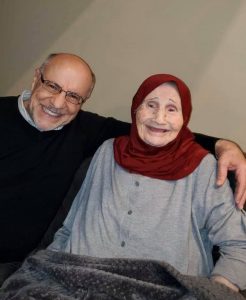 TAYLOR — Due to the COVID-19 pandemic the city of Taylor has updated its summer tax bill payment options: • By Mail: Use the return envelope provided during the billing process, mail at least 10 days prior to the due date, include your payment coupon and put your parcel number on your check to ensure proper credit is applied. • Drop Box: The drop box is silver and is on Pine Street. Make sure not to use the Election Box. Use the enclosed envelope, include your payment coupon, make sure to put your parcel number and address on … END_OF_DOCUMENT_TOKEN_TO_BE_REPLACED 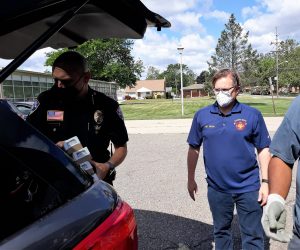 Trash collection on schedule DEARBORN – The Dearborn Administrative Center and the Bryant and Esper Branch libraries will be closed July 3 in observance of the Independence Day holiday, July 4. Except for public safety employees, city workers will not be reachable on July 3. The DAC is closed to the public anyway on Fridays, but many city employees typically are working. That will not be the case for the July 3 holiday observance. Trash, recycling and yard waste pickup will remain on a normal schedule and will not be delayed … END_OF_DOCUMENT_TOKEN_TO_BE_REPLACED 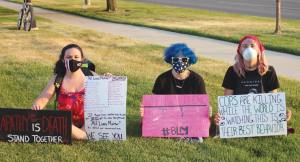 By SUE SUCHYTA Sunday Times Newspapers WYANDOTTE – As protests continued for a fourth week following the death of George Floyd, supporters warned against apathy, called for the support of marginalized people and for an end to racism. During a June 20 protest outside the Joseph R. Peterson Justice Building, 2015 Biddle, organizer Precious Gill Smith of Taylor called for protesters to continue to rally against the injustices done against people of color and others. “We are free, but why are we still fighting for equal … END_OF_DOCUMENT_TOKEN_TO_BE_REPLACED 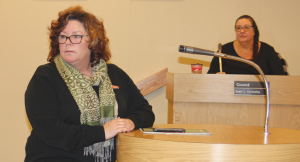 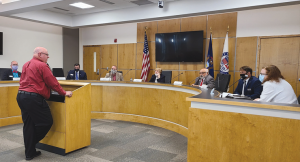 By SUE SUCHYTA Sunday Times Newspapers ALLEN PARK – City officials will break ground at 5 p.m. June 30 for a new Department of Public Services facility located on 12 acres east of I-94 and south of Outer Drive. Designed by Novi-based Sidock Group, the project will consolidate the city’s current three DPS locations to one site, on land purchased from Baker College, which originally acquired Buhl Athletic Field from St. Mary Magdalen Parish in Melvindale. Currently, Allen Park has DPS facilities on Roosevelt, across from the … END_OF_DOCUMENT_TOKEN_TO_BE_REPLACED

Allen Park Couple flees after failing to steal air conditioners, lawnmowers A man and a woman fled Lowe’s Home Improvement, 23111 Outer Drive, the afternoon of June 11 after they failed to steal three air conditions and two lawnmowers, valued at more than $2,000. Loss prevention personnel said they recognized the man from previous retail frauds, so they monitored his actions throughout the store. When the two tried to leave the store with the items on a push cart without paying, they were confronted by loss prevention … END_OF_DOCUMENT_TOKEN_TO_BE_REPLACED 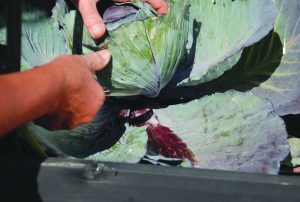 By MELINDA MYERS Cleanse the toxins out of your body with the help of fresh vegetables. Cabbage, broccoli, and brussels sprouts are a few of nature’s detoxifiers. You can add variety to your garden and diet by including green, red or Savoy cabbage. It’s fun and easy to grow in the garden or a container and can be used in a variety of healthful dishes. There is still time to add cabbage to your garden. Cabbage grows best in cooler temperatures. Those in the northern half of the country can plant seeds directly in the garden in … END_OF_DOCUMENT_TOKEN_TO_BE_REPLACED