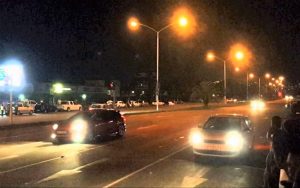 By SUE SUCHYTA Times-Herald Newspapers DEARBORN — Multiple residents in the Ford Road and Telegraph Road area, as well as the Cherry Hill Street and Telegraph Road neighborhood, called police dispatch the night of Oct. 5 to report the sound of loud, repeated and aggressive drag racing. The speed demons were long gone by the time police officers checked out the roadways. … END_OF_DOCUMENT_TOKEN_TO_BE_REPLACED 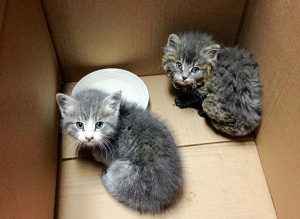 By SUE SUCHYTA Times-Herald Newspapers DEARBORN — Two abandoned kittens were found Oct. 4 by a resident who was cleaning out his garage in the 7000 block of Barrie Avenue. The homeowner put the kittens in a box, with food and water, but said he was unable to transport them to the city’s animal shelter, which the responding police officers willingly did. To adopt the kittens or any abandoned animals, contact Friends for Animals of Metro Detroit at 313-943-2697, or go to metrodetroitanimals.org. … END_OF_DOCUMENT_TOKEN_TO_BE_REPLACED

By ZEINAB NAJM Sunday Times Newspapers Dearborn Heights School District No. 7 and Allen Park Public Schools will have millage renewal proposals for voters to decide on during the Nov. 2 general election. A Headlee Amendment override operating millage tax levy asks voters to allow D7 to continue to levy not more than the statutory maximum rate of 18 mills on all property except principal residence and qualified agricultural property. This is required for the school district to continue to receive its full revenue per pupil … END_OF_DOCUMENT_TOKEN_TO_BE_REPLACED 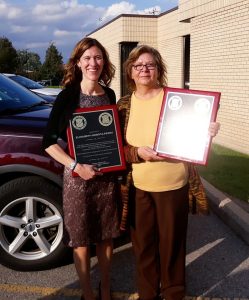 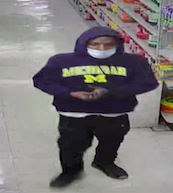 DEARBORN – The Dearborn Public Library announced the return of the popular Blockbusters Free Film Series at 2 p.m. Oct. 31 with a recent, family-friendly film. The programming schedule has a new time with movies now showing at 2 p.m. every Sunday in the auditorium of the Henry Ford Centennial Library. The library’s current mask policy requires all unvaccinated guests to wear masks while in the building. Doors open for seating at 1:30 p.m. The truncated fall season runs through Dec. 19 and includes a range of movie genres … END_OF_DOCUMENT_TOKEN_TO_BE_REPLACED

DEARBORN – The Dearborn Public Library will present a free, online discussion that will teach people how to supplement their income with dividend-paying stocks. “Supplement Your Income with Dividends” will be offered online through Zoom from 6:30 to 7 p.m. Nov. 9 and noon to 12:30 p.m. Nov. 22. The discussion on both dates will be the same, so people can choose to attend whichever date and time best suits their schedule. Library staff will explain several resources, such as Barron’s, Morningstar, and Value Line, as well as offer … END_OF_DOCUMENT_TOKEN_TO_BE_REPLACED

Teams will tackle debris and log jams in sections of Ecorse Creek near Swapka Park HEIGHTS – The city and Wayne County will join forces to conduct the Ecorse Creek Clear-Out from 9 a.m. to noon Oct. 23. The event’s assembly area will be based at the Richard A. Young Recreation Center and Swapka Park complex, 5400 McKinley St. The cleanup team will include county and city staff and officials, contractors and consultants. The team will pick up trash and wood debris. This event is intended to be the first in the partnership’s … END_OF_DOCUMENT_TOKEN_TO_BE_REPLACED

DEARBORN — Parents who live in the Dearborn Public Schools district and have children ages 6 months to 4 years are invited to attend free Parent University courses. The 2021 fall classes run Oct. 22 to Nov. 12. Classes will be offered from 9 to 10 a.m. Fridays at four district elementary schools: McDonald, Oakman, River Oaks and Salina, and Cotter Early Childhood Center. No registration is required. For more information, call 313-827-6150. Parent University provides parents with classes in different developmental areas to … END_OF_DOCUMENT_TOKEN_TO_BE_REPLACED 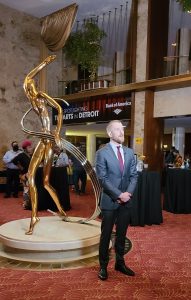 The Ambassador Theatre Group hosted an open house at the Fisher Theater Oct. 14 to celebrate both the return to live theater following the 19-month shutdown and to celebrate the Nederlander legacy. Executive Director Alan Lichtenstein, who started working at the Fisher Theater in 1981, said the Fisher Brothers and the Nederlander family could never have imagined the COVID-19 shutdown. “The lights dimmed, the doors closed and the music stopped, but like this city, our spirit never ceased,” he said. “Although our stages … END_OF_DOCUMENT_TOKEN_TO_BE_REPLACED