By ZEINAB NAJM Times-Herald Newspapers HEIGHTS — Police were dispatched to a house in the 4900 block of South Gulley Aug. 27 regarding a break-in where $1,100 was taken from the top of the victim’s dresser. The victim said he had just moved into the house with his mother and that he leaves his house every morning for work. The day prior, the victim and his mother both left for work when they locked all the doors and windows. Police were told that the house was a little messy since he was moving into the house, but that all … END_OF_DOCUMENT_TOKEN_TO_BE_REPLACED

By ZEINAB NAJM Times-Herald Newspapers HEIGHTS — The victim of identity theft told police that someone used her identity and charged four of her credit accounts in online purchases at four stores. According to the report, the charges happened Aug. 25. The charges were $400 at Target, $300 at Macy’s, $300 at Kohl’s and $1,500 at Overstock. The victim said she did not make the purchases and that the person who charged all the accounts used a phone number, which she provided. The items also were set up to be delivered at an … END_OF_DOCUMENT_TOKEN_TO_BE_REPLACED

DEARBORN — Police are searching for a man who allegedly shot and killed an 18-year-old woman in the 20000 block of Michigan Avenue near Evergreen Aug. 29. Police said Antonio Lavelle Sims, 17, shot the victim about 8 p.m. after a physical altercation then fled. His whereabouts are unknown. This was not a random act of violence, and he is considered armed and dangerous, police said. The victim was transported to Beaumont Hospital, Dearborn, where she died of her wounds. Sims was described as about 5 feet 4 inches tall and 130 … END_OF_DOCUMENT_TOKEN_TO_BE_REPLACED 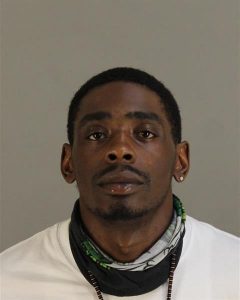 DEARBORN — Police are searching for a man who allegedly shot and killed a man in the Fairlane Meadows apartment complex Aug. 29. Police said Ronald Deshawn Yharbrough shot a 31-year-old man several times after a verbal and physical altercation about 8:30 a.m. in the 5000 block of Heather Drive then fled. Yharbrough’s whereabouts are unknown. He is considered armed and extremely dangerous, police said. The victim was transported to Beaumont Hospital, Dearborn, where he died of his wounds. Yharbrough was described as 24 years … END_OF_DOCUMENT_TOKEN_TO_BE_REPLACED 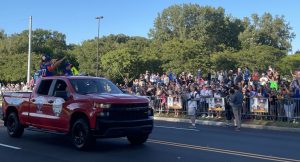 By ZEINAB NAJM Sunday Times Newspapers TAYLOR — The Taylor North Little League team made their way down Pardee Road Sept. 2 as fans lining the street cheered them on during a championship parade. A 5-2 victory over Ohio in the finals Aug. 29 secured the first LLWS title for a team from Michigan since Hamtramck won in 1959. To celebrate, a parade traveled down Goddard to Pardee, then southbound along Pardee to the Sheridan Center Open Air Pavilion in Heritage Park. The players and coaches were accompanied by … END_OF_DOCUMENT_TOKEN_TO_BE_REPLACED

HEIGHTS — A Back to School Summer Bash will be held from noon to 5 p.m. Sept. 4 at Swapka Park for students living in Dearborn Heights and Inkster. The free outdoor event will feature free backpacks and school supplies for students, a food truck and treats, outdoor games and prizes, a dunk tank with a mystery guest. Also, school supplies and more than 500 backpacks will be given to students on a first come first serve basis. Leaders Advancing and Helping Communities, Molina Healthcare and Heights Mayor Bill Bazzi are the event … END_OF_DOCUMENT_TOKEN_TO_BE_REPLACED 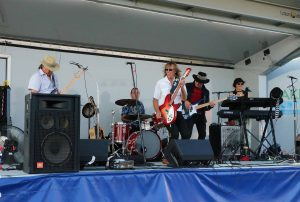 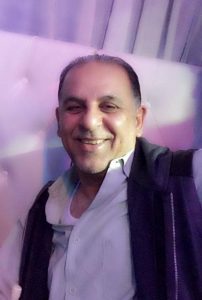 By ZEINAB NAJM Times-Herald Newspapers HEIGHTS — The body of Ghaleb Assaf, 59, of Dearborn Heights was located and recovered by the Monroe County Sheriff’s Office Marine Division and Dive Team from Lake Erie. Assaf went missing Aug. 29 after jumping into Lake Erie off a boat but did not resurface. The Monroe County Sheriff’s Office said Assaf’s body was found by search and rescue crews about 12:30 p.m. Aug. 31 in the area of Sterling State Park. About 6:45 p.m. Aug 29, the Monroe County Central Dispatch received a 911 call … END_OF_DOCUMENT_TOKEN_TO_BE_REPLACED

The registration deadline for assistance from the Federal Emergency Management Agency is Sept. 13 for residents of Wayne and Washtenaw counties with damage or losses from the June 25 and 26 storms and flooding. Wayne and Washtenaw counties were designated eligible for FEMA’s Individual Assistance program under the Major Disaster Declaration signed July 15 by President Joe Biden. FEMA assistance may include grants for temporary housing and emergency home repairs to make your home safe, accessible and secure. FEMA is unable to … END_OF_DOCUMENT_TOKEN_TO_BE_REPLACED 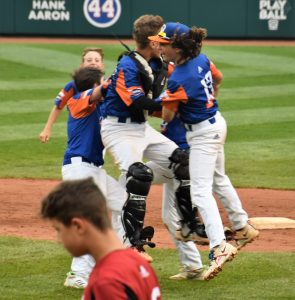 TAYLOR —  A parade and celebration of Taylor North’s victory in the 2021 Little League World Series will be held at 6 p.m. Thursday . The event, which will include fireworks, is being sponsored by Clover Self Storage. Taylor North wins Little League World Series title The parade will be staged at the Taylor Recreation Center, 22805 Goddard. It will leave the TRC and travel down Goddard to Pardee, and then south along Pardee to Heritage Park, similar to the parade route of the Taylor Winterfest. The parade will enter the park at … END_OF_DOCUMENT_TOKEN_TO_BE_REPLACED