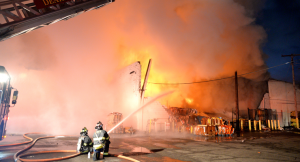 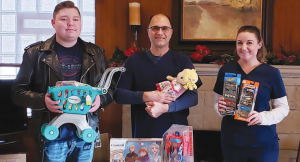 By helping others, he helps himself By SUE SUCHYTA Sunday Times Newspapers LINCOLN PARK – Dillon Marshall-Alley, 18, a senior at Lincoln Park High School, has found that the more he helps others, the more he helps himself overcome the challenges of his autism. His mother, Sheri Alley, got her son involved with philanthropy as a young teen, as a way to help him learn to interact with others and move beyond his comfort zone, while helping others in need. He has helped food pantries, veterans and different … END_OF_DOCUMENT_TOKEN_TO_BE_REPLACED 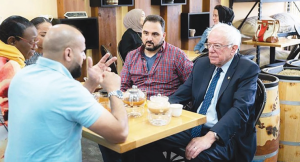 By ZEINAB NAJM Times-Herald Newspapers Here’s a look back at May through August 2019 and the news that shaped Dearborn and Dearborn Heights: May Members of The Fairlane Club, 5000 Fairlane Woods Drive, received an unexpected letter on May 1 informing them that the athletic facility services of the facility will be closed. The banquet hall and its services remained open for events. In the letter signed by the Ebeid family, owners of the club since 2011 when the late former Guardian Industries Chairman Russell Ebeid … END_OF_DOCUMENT_TOKEN_TO_BE_REPLACED 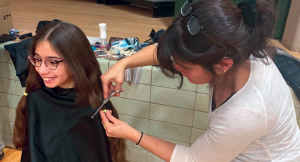 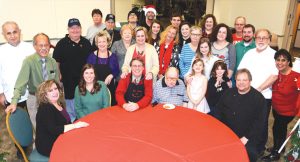 By DAVE GORGON For the Sunday Times Newspapers TAYLOR — Thom Ouellette remembers feeling all alone on Christmas Day. It was six years ago and Ouellette didn’t have anywhere to go. Then, he heard about the True Meaning of Christmas Dinner that was held annually at the William Ford Senior Activity Center in Taylor. Ouellette learned the meal was presented by members of the Domski family and dozens of other volunteers. It was open at no cost to anyone interested in attending, especially those hungry, lonely or needy. That … END_OF_DOCUMENT_TOKEN_TO_BE_REPLACED 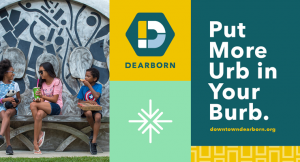 By ZEINAB NAJM Times-Herald Newspapers DEARBORN — The city government is standing behind its new branding logo after the Dec. 10 reveal prompted mixed reactions on social media. In a City of Dearborn Government Facebook post the green, white, yellow and blue logo representing “manufacturing background; our mosaic of people, traditions, and neighborhoods; and our connectedness” was met with several comments. “I support the goals/ideas behind this branding,” a comment by Michell Cooke read. “However, the logo is so bad. It … END_OF_DOCUMENT_TOKEN_TO_BE_REPLACED 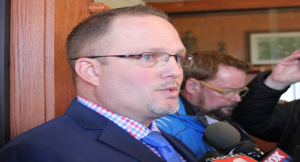 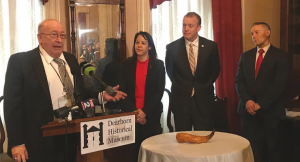 By ZEINAB NAJM Times-Herald Newspapers Here’s a look back at the first four months of 2019 and the news that shaped Dearborn and Dearborn Heights: January U.S. Rep. Rashida Tlaib (D-Detroit) made history as she was sworn into Michigan’s 13th District seat as the first Palestinian-American woman to serve in the House. On Jan. 3, Tlaib was sworn into the 116th Congress by new House Speaker Nancy Pelosi while wearing a traditional Palestinian thobe as an ode to her mother along with using her own Quran. New Jersey Devils … END_OF_DOCUMENT_TOKEN_TO_BE_REPLACED 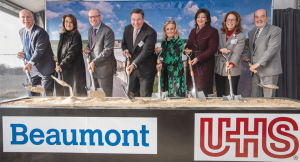 By ZEINAB NAJM Times-Herald Newspapers DEARBORN — A more than 100,000-square-foot mental health hospital will fill the now vacant land on Rotunda Drive just west of the Southfield Freeway in Dearborn come 2021. Leaders from Beaumont Health and Universal Health Services broke ground on the $40 million project during a Dec. 16 ceremony on the eight-acre site. Construction on the 150-bed mental health hospital will begin in early 2020 and double Beaumont Health's current capacity for inpatient mental health care, … END_OF_DOCUMENT_TOKEN_TO_BE_REPLACED 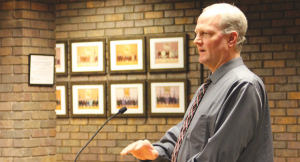 By SUE SUCHYTA Sunday Times Newspapers TRENTON – A new K-9 officer memorial fund, in honor of the late Mayor Kyle Stack, has been formed, Public Safety Director Steven Voss announced at the Dec. 9 City Council meeting. Voss said Stack’s love of dogs was well known, and he said she had spoken to him about planning for a new K-9 officer, since Delo, a male German Shepherd, is 18 months from retirement. “I cleared it with the family, and with (city administrator Scott) Church and the mayor,” he said. “I want to start to proceed … END_OF_DOCUMENT_TOKEN_TO_BE_REPLACED