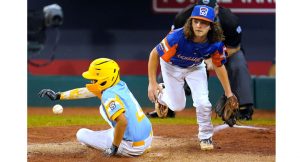 Rematch with Hawaii Saturday to reach Finals TAYLOR — Taylor North, representing Michigan as the Great Lakes Regional championships, has made it to the final four of the 2021 Little League World Series in Williamsport, Pa. Once-beaten Taylor North plays for the Hank Aaron Championship at 3:30 p.m. Aug. 28 against unbeaten Hawaii. On the other side of the LLWS tournament, unbeaten South Dakota faces upstart and once-beaten Ohio for the Tom Seaver Championship. The winners of these two games will play for the Little … END_OF_DOCUMENT_TOKEN_TO_BE_REPLACED

By SUE SUCHYTA Sunday Times Newspapers MELVINDALE — A gray 2008 Chevrolet Silverado was stolen the night of Aug. 8 while it was legally parked in the 18300 block of Hanna Street near the White Rhino Sports Bar. The victim, a 35-year-old Allen Park man, said the pickup was locked. He said two child car seats and his son’s Apple iPhone 10 were inside the stolen vehicle. There was no sign of broken glass near where it was parked. The vehicle was entered into the Law Enforcement Information Network as stolen. … END_OF_DOCUMENT_TOKEN_TO_BE_REPLACED 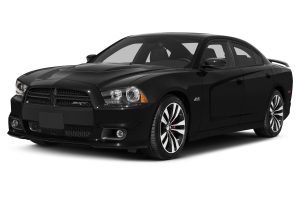 By SUE SUCHYTA Sunday Times Newspapers MELVINDALE — A 2013 black Dodge Charger was struck at 1:54 a.m. Aug. 8 by a passing white-colored vehicle, and was scraped from the rear to front driver’s side doors, and the side mirror was broken off, while it was parked in the 19000 block of Henry Street. The vehicle owner, a 58-year-old Melvindale man, said he heard a noise, but by the time he went outside to investigate, any possible suspect was long gone. … END_OF_DOCUMENT_TOKEN_TO_BE_REPLACED

Appointments now available for those who meet criteria Patients who are moderately to severely immunocompromised and received two injections of the Pfizer or Moderna COVID-19 vaccine are encouraged to get a third dose, Beaumont Health announced today. Those who meet the criteria outlined below can now make an appointment online for their third dose at Beaumont Health. A myBeaumontChart account is required. The Centers for Disease Control and Prevention is now recommending that moderately to severely immunocompromised people … END_OF_DOCUMENT_TOKEN_TO_BE_REPLACED

By ZEINAB NAJM Sunday Times Newspapers The upcoming school year will be one where students, staff and parents have to adjust to the changing learning plans school districts put in place due to the COVID-19 pandemic. Decisions on mask mandates were made in Allen Park, Riverview, Taylor and Trenton, each different by each school board and administration. Allen Park Schools will require masks in all school buildings. The district adopted additional policies according to an Aug. 17 letter. Those policies are face coverings … END_OF_DOCUMENT_TOKEN_TO_BE_REPLACED 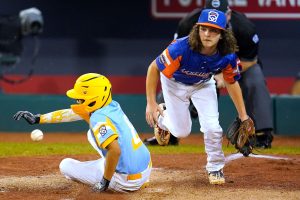 TAYLOR — Taylor North, representing Michigan in the 2021 Little League World Series in Williamsport, Pa., faces an elimination game at 3 p.m. today against Texas. The game will be televised on ESPN. This is the first time a Taylor team has played in the LLWS. Taylor plays in one of the two elimination games today. After Taylor faces Texas in the Hank Aaron Championship bracket, Ohio squares off with California in the Tom Seaver Championship bracket. If Taylor wins, it would advance to the finals of the Hank Aaron … END_OF_DOCUMENT_TOKEN_TO_BE_REPLACED 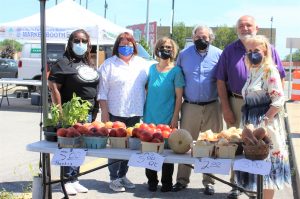 By SUE SUCHYTA Sunday Times Newspapers LINCOLN PARK – The city’s farmers market, with its tempting harvest of garden-fresh produce, provided an opportunity for U.S. Rep. Debbie Dingell (D-12th District) to highlight the importance of federal nutrition programs. Dingell, along with Joel Berg, the CEO of Hunger Free America, visited the Lincoln Park Farmers Market, at the southwest corner of Southfield Road and Fort Street, on Aug. 15 to draw attention to the Supplemental Nutrition Assistance Program, Women and Infant … END_OF_DOCUMENT_TOKEN_TO_BE_REPLACED 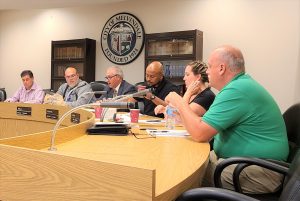 By SUE SUCHYTA Sunday Times Newspapers MELVINDALE – The city held its first public hearing Aug. 18 for a proposed revision to the city’s outdoor burning ordinance, which would allow fire pits. City Attorney Lawrence Coogan said the proposed ordinance change was initiated after discussions with fire officials and residents concerning the use of residential fire pits. “We were asked to put together a proposed ordinance that would allow citizens, under certain circumstances, to burn wood at certain times, provided it … END_OF_DOCUMENT_TOKEN_TO_BE_REPLACED 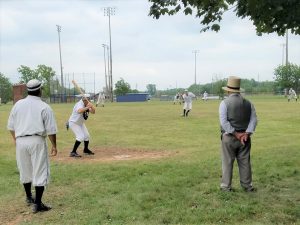 Game is set for Aug. 28 at Memorial Field By SUE SUCHYTA Sunday Times Newspapers WYANDOTTE – After a year off, the Wyandotte Stars vintage base ball club will take to the field to challenge the Detroit Early Risers base ball club during its annual Home Classic. The opening pitch will be at 1 p.m. Aug. 28 at Memorial Field, at 23rd Street and Pennsylvania Road in Wyandotte. Museum Director Jesse Rose said admission is free, and refreshments will be available for purchase. “Enjoy an old-fashioned afternoon, … END_OF_DOCUMENT_TOKEN_TO_BE_REPLACED

By SUE SUCHYTA Sunday Times Newspapers MELVINDALE – Longtime Melvindale Library Director Theresa Kieltyka announced her impending retirement at the Aug. 18 City Council meeting, prompting both congratulations and regrets from those she has served. Kieltyka said she will turn 66 in two months, and when she gets her first Social Security check, she will step down as library director. She said she hopes youth services librarian Jeannine Warrow is chosen as the new library director. “She’s young, she’s full of … END_OF_DOCUMENT_TOKEN_TO_BE_REPLACED