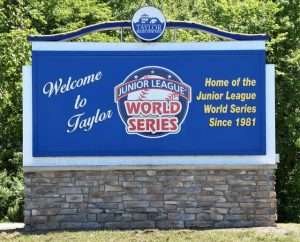 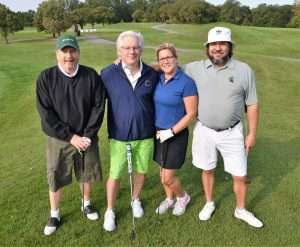 TAYLOR — Golfers of all skill levels are invited to hit the green to support Fish & Loaves Community Food Pantry. The organization is hosting its 14th annual Par for the Course golf outing Sept. 17 at Taylor Meadows Golf Course. Online registration is open. The price is $100 per golfer and includes 18 holes of golf (scramble style), a continental breakfast, lunch at the turn, dinner, two-hour open bar service, prizes, and an opportunity to bid on a variety of raffle prizes. Fish & Loaves also is looking for … END_OF_DOCUMENT_TOKEN_TO_BE_REPLACED

DEARBORN — Dearborn Public Schools will have one day of remote learning March 1 for the 15th District state House of Representatives special primary election. On that Tuesday, students will log into their classes from home via Schoology and Zoom and have a full day of live learning with their teachers. Attendance will be taken. Buildings will still be open, and sports, clubs, and other activities can still continue. In January, state officials called for a special election in Dearborn to fill the House seat vacated by Abdullah … END_OF_DOCUMENT_TOKEN_TO_BE_REPLACED 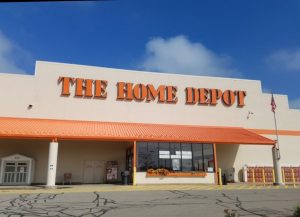 By SUE SUCHYTA Sunday Times Newspapers TAYLOR — A 49-year-old Romulus man was cited for second degree retail fraud for attempting to process a false refund/exchange the morning of Dec. 20 for miscellaneous hardware valued at $866, at the Home Depot at 11100 Telegraph Road.  The suspect was searched, cited for retail fraud and released at the scene. … END_OF_DOCUMENT_TOKEN_TO_BE_REPLACED 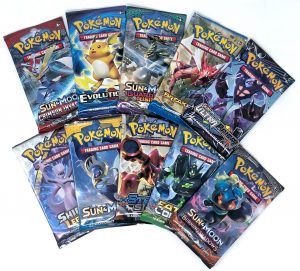 By SUE SUCHYTA Sunday Times Newspapers SOUTHGATE — A woman was cited for retail fraud Nov. 3 after attempting to steal Pokemon cards from Walmart, 14900 Dix-Toledo Road.  Loss prevention personnel saw her at a self-checkout kiosk scanning some of the cards, but bagging others without paying for them.  The woman said she attempted to steal the cards “because her kids like them.” … END_OF_DOCUMENT_TOKEN_TO_BE_REPLACED 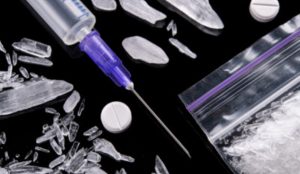 By SUE SUCHYTA Sunday Times Newspapers WYANDOTTE — A 36-year-old Hersey man trying to hide inside a car in the 4100 block of 6th Street, at 11:41 p.m. April 25, who was unable to explain why he was parked there so late at night, was found to be in possession of methamphetamine. A police officer, who was patrolling the area because of a recent rash of burglaries in the area, approached the vehicle to question the man. The man was found to have an extensive criminal history of home invasions and burglaries, and was taken into … END_OF_DOCUMENT_TOKEN_TO_BE_REPLACED 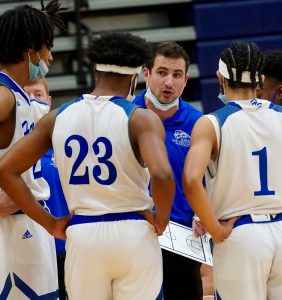 DEARBORN – For the third year, Henry Ford College Men’s Basketball Coach Chris Shepard was named Coach of the Year in the Michigan Community College Athletic Association. Under Shepard’s leadership, the team finished with a 11-6 record while winning the MCCAA Metro Conference title and the National Junior College Athletic Association Great Lakes District C Championship. The Hawks advanced to the 2021 NJCAA Division II National Tournament as a 14th seed, where they upset No. 3 seed South Suburban College 67-58 in the opening … END_OF_DOCUMENT_TOKEN_TO_BE_REPLACED

DEARBORN – The Henry Ford College men's basketball team extended its season April 10 with a 68-63 victory over Bryant and Stratton College of Ohio, making the Hawks the Great Lake District champions. The game's top scorer was Brandon Michrina with 15 points. He was closely followed by teammates Carrington McCaskill with 14 points and Daniel Autrey, Jr. with 12 points. The Hawks now advance to the national championship tournament at the Mary Miller Center in Danville, Ill., April 20 to 24. As the tournament's 14th seed, the Hawks … END_OF_DOCUMENT_TOKEN_TO_BE_REPLACED 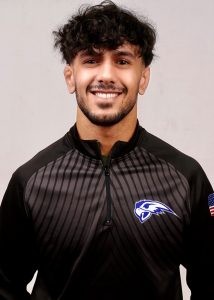 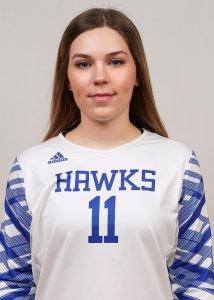 DEARBORN –– Madison Candela, a freshman volleyball player at Henry Ford College, recently earned Second Team All-Conference honors for her play on the court this season. “This is huge for me,” said Candela, of Dearborn. “It validates the countless hours of hard work I've put in at the gym, the weight room, volleyball camps, and just hours spent with my club team helping younger players learn the game. It validates my parents’ choice to encourage me and push me to keep going, because I was cut from the volleyball team in seventh … END_OF_DOCUMENT_TOKEN_TO_BE_REPLACED