By ZEINAB NAJM Times-Herald Newspapers HEIGHTS — A woman living in the 6400 block of Vernon contacted police March 23 after her identity was stolen to file for Michigan unemployment benefits. Through her son, who acted as a translator, the woman said said that on March 19, she received a letter from the Michigan Unemployment Agency regarding benefits opened using his mother’s name and Social Security number. She hadn’t filed or given anyone permission to file for benefits. The son assisted his mother in placing a freeze on … END_OF_DOCUMENT_TOKEN_TO_BE_REPLACED

By ZEINAB NAJM Times-Herald Newspapers HEIGHTS — Police were dispatched to Parkland for a missing Jeep March 24. The victim said he arrived at his house on Roosevelt and began unloading his Jeep Grand Cherokee. The Jeep was left running in front of the house with the keys in the ignition. The victim went outside shortly after and noticed his Jeep was gone. He said he just bought the Jeep form an unknown person — a first name was provided to police but had no other information including plate number or documentation. The … END_OF_DOCUMENT_TOKEN_TO_BE_REPLACED

By ZEINAB NAJM Sunday Times Newspapers ALLEN PARK — Police responded to Valero, 7200 Allen Road, March 28 for a welfare check of a man passed out behind the wheel of a gold pickup truck near the gas station. The officer approached the vehicle and observed the man passed out with a lit cigarette in his mouth. Upon opening the door, the officer immediately smelled the strong odor of intoxicants emanating from the inside of the vehicle. The driver was woken up, appeared to be disoriented and had slurred speech when he spoke. His … END_OF_DOCUMENT_TOKEN_TO_BE_REPLACED

By ZEINAB NAJM Sunday Times Newspapers ALLEN PARK — Police were dispatched to the parking lot of Bath & Body Works, 2260 N. Fairlane Drive, for a woman seen pulling on door handles March 28. The same woman allegedly fled Home Depot about an hour earlier. Police located her nearby, seated on a bench in front of T.J. Maxx. They advised her that she had been identified as tampering with cars and matched the description of a shoplifter at Home Depot. She responded by saying that she had been looking for her ride and had given … END_OF_DOCUMENT_TOKEN_TO_BE_REPLACED 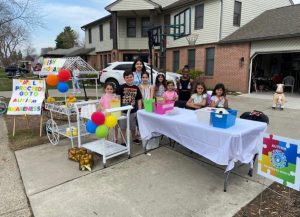 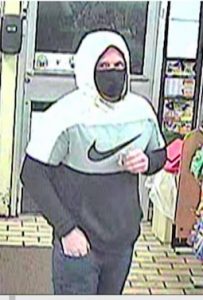 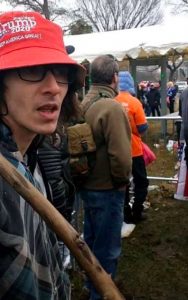 By ZEINAB NAJM Sunday Times Newspapers TAYLOR — Jeramiah Caplinger, 25, of Taylor was charged for participation in the Jan. 6 U.S. Capitol riot in Washington, D.C. He faces three charges, knowingly entering or remaining in any restricted building or grounds without lawful authority, violent entry and disorderly conduct on capitol grounds, and climbing on U.S. Capitol grounds. Caplinger was released on bond. According to the United States District Court for the District of Columbia website, Caplinger was arrested … END_OF_DOCUMENT_TOKEN_TO_BE_REPLACED

By ZEINAB NAJM Sunday Times Newspapers TRENTON — Brothers Grant, 33, and Gabriel Balogh, 31, won a court case that cleared them of murder charges in connection to their severely disabled mother’s death. The Michigan Supreme Court unanimously decided to reverse an April 2020 decision made by the state’s court of appeals. According to the Associated Press, 33rd District Court Judge Jennifer Coleman Hesson had dismissed murder and abuse charges in 2017, a decision that was affirmed by a Wayne County judge. So, the Supreme … END_OF_DOCUMENT_TOKEN_TO_BE_REPLACED 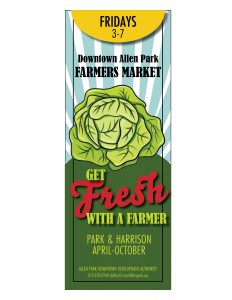 13th season starts 7 weeks early ALLEN PARK – The Downtown Allen Park Farmers Market will begin its 13th season April 16, seven weeks earlier than normal. The market will run from 3 to 7 p.m. Fridays through October on Park and Harrison avenues. While the market usually opens the first week in June, the Allen Park Downtown Development Authority believes the time is ripe for an early start. “Last year the market started five weeks late because of COVID,” DDA Executive Director Jennifer Kibby said. “We wanted to be sure we … END_OF_DOCUMENT_TOKEN_TO_BE_REPLACED