Hospice of Michigan, the state’s first not-for-profit hospice provider, will host a variety of online “Virtual Touch Programs” offering grief support for people with limited time to attend live programs. “Virtual Touch Programs” are special webinars that may be accessed from home or work. The URL for each session is provided upon registration. These online grief support options address a variety of topics, including: Men Overcoming Loss “Men Overcoming Loss” is an online support group for men dealing with loss of any kind. … END_OF_DOCUMENT_TOKEN_TO_BE_REPLACED 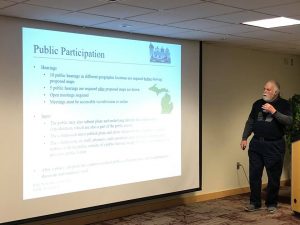 DEARBORN — Salina Elementary and the Communities in School program are looking for volunteers – hundreds of them – to read to Salina Elementary students on March 4. Volunteers will be paired with students to read one-on-one with them that morning as part of the Leaders and Literacy Day. The volunteers are needed from 7:30 to 9:30 a.m. All readers will be supervised by school staff while they are with students. Communities in Schools approached Principal Susan Stanley with the idea for the literacy day. “It’s a great idea … END_OF_DOCUMENT_TOKEN_TO_BE_REPLACED

By ZEINAB NAJM Times-Herald Newspapers HEIGHTS — An off-duty Taylor police officer is on administrative leave after being accused of drunken driving and crashing a vehicle Feb. 15. Dearborn Heights police responded to a crash at 1 a.m. at the intersection of Van Born Road and Monroe. WJBK Channel 2 reported that investigators said the drunken driver who caused the crash was the off-duty police officer. Both Taylor and Dearborn Heights police would not release the officer’s name. The officer will remain on leave pending … END_OF_DOCUMENT_TOKEN_TO_BE_REPLACED 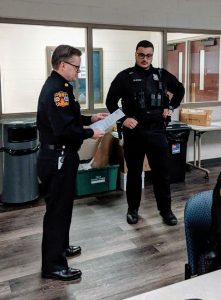 By ZEINAB NAJM Times-Herald Newspapers HEIGHTS — The sister of Dearborn Heights resident Sam Beydoun, a paranoid schizophrenic, claims her brother was arrested and beaten while he was held at the Dearborn Heights Police Department. During a Feb. 11 City Council meeting Beydoun’s sister, Samar Beydoun demanded structural changes from the top down in the police department and asked for answers and justice for her brother who won’t leave his house due to what happened. Samar Beydoun also said it took one week for Sam Beydoun … END_OF_DOCUMENT_TOKEN_TO_BE_REPLACED 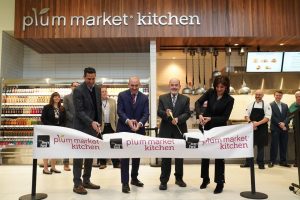 By ZEINAB NAJM Times-Herald Newspapers DEARBORN — Representatives from the Edward Hotel and city of Dearborn might meet soon to discuss the status and ongoing issues of the vacant hotel. Attorney Odey Meroueh, representing the hotel, told Crain’s Detroit Feb. 10 that his law firm was in talks with the city to reopen the hotel over the next couple of months. "With regards to any safety violations, The Edward Hotel team has undergone a massive overhaul of the systems identified needing to be updated," Meroueh said in a Feb. … END_OF_DOCUMENT_TOKEN_TO_BE_REPLACED

DEARBORN — The Henry Ford College Music Department will present the 25th annual President’s Collage Concert at 7 p.m. Feb. 29 at the Ford Community & Performing Arts Center, 15801 Michigan Ave. The concert is an annual tradition that began at HFC in 1996 with the support of Andrew Mazzara, then-president of the college. Tickets are $18 per person and may be purchased at the Ford Center box office from 11 a.m. to 7 p.m. Tuesday through Saturday. Tickets are also available online at www.dearborntheater.com. The Music … END_OF_DOCUMENT_TOKEN_TO_BE_REPLACED 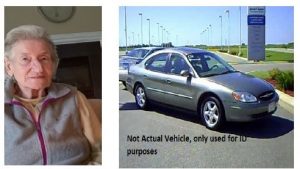 2 teens turn themselves in for vehicle arson By SUE SUCHYTA Sunday Times Newspapers TRENTON – The two-week search for Irene Kin, 86, of Trenton ended tragically Feb. 16 when her burning car led authorities to the Riverview Land Preserve, where her body was later found. Trenton Public Safety Director Steven Voss said the body of Kin, who had been missing since Feb. 1, was found at 5 p.m. Feb. 16 in a different area of the landfill than her car, which was discovered at 3 p.m. by Brownstown Township firefighters in a remote … END_OF_DOCUMENT_TOKEN_TO_BE_REPLACED