By SUE SUCHYTA Times-Herald Newspaper DEARBORN — Running two stop signs while driving twice the speed limit resulted in a 32-year-old Detroit man being taken into custody the night of June 21 and charged with reckless driving and driving with a suspended license.  The man also had an outstanding arrest warrant, and was charged for refusing to cooperate during booking.  A police officer, who spotted the driver and his gray 2006 Ford Explorer near Oakman Boulevard and Haggerty Avenue, saw him disregard two stop signs while … END_OF_DOCUMENT_TOKEN_TO_BE_REPLACED

By SUE SUCHYTA Times-Herald Newspaper DEARBORN — Doing doughnuts in the Fordson High School parking lot the night of June 21 resulted in the impounding of a Dearborn man’s gray 2012 Ford Mustang, as well as a citation for reckless driving. A doughnut is a maneuver in which the driver rotates the rear or front wheels of a car around the opposite set of wheels, continuously, creating a circular skid mark and possibly causing the tires to smoke.  The driver of another car present, a black and gray Chrysler 300, said he did … END_OF_DOCUMENT_TOKEN_TO_BE_REPLACED

By SUE SUCHYTA Times-Herald Newspaper DEARBORN — Shoplifting clothing at JCPenney on June 25 resulted in the citation of a 51-year-old Detroit man, who was also taken into custody for an outstanding arrest warrant.  A loss prevention employee said the man attempted to steal pants, joggers, two T-shirts and a pair of flip flops, which had a $159 collective value. Surveillance camera footage of the shoplifting incident was forwarded to the police detective bureau. … END_OF_DOCUMENT_TOKEN_TO_BE_REPLACED 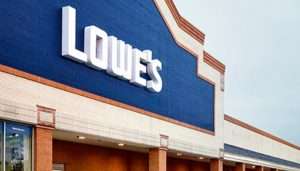 By SUE SUCHYTA Sunday Times Newspaper ALLEN PARK — One of two thieves who stole three portable air conditioners June 24 from Lowe’s Home Improvement, 23111 Outer Drive, left behind a Bridge card, which, along with in-store surveillance camera footage, allowed authorities to match his image to his driver’s license photo.  A loss prevention employee said a man and woman loaded three portable air conditioning units, valued collectively at $1,018, onto a cart and went through the self-checkout lane, at which they only paid for an … END_OF_DOCUMENT_TOKEN_TO_BE_REPLACED 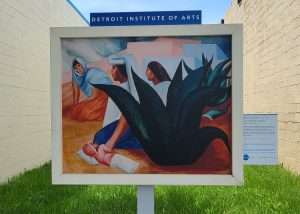 By SUE SUCHYTA Sunday Times Newspapers LINCOLN PARK – From Van Gogh to Orozco, the city will host five outdoor art reproduction installations from the Detroit Institute of Arts, through the late November, on Fort Street and Southfield Road.   The DIA’s Inside Out program, now in its 13th year, brings high quality reproductions from the museum’s collection to communities in the greater metropolitan Detroit area, in the hope of reaching a more diverse group of people and interesting them in its art.  Lincoln … END_OF_DOCUMENT_TOKEN_TO_BE_REPLACED

DEARBORN — Wayne County parents interested in virtual school for their elementary school students are now allowed to enroll in Dearborn Public Schools Virtual K-12. Students will be accepted for the 2022-23 school year as staffing allows. The DPS Board of Education approved opening up the elementary portion of the Virtual K-12 to school-of-choice students during the board’s June 20, meeting. Other schools in the district are not available for school-of-choice for out of district students because of limited building space in the … END_OF_DOCUMENT_TOKEN_TO_BE_REPLACED 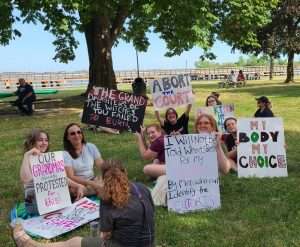 Attendees urged to ‘turn anger into action’ By SUE SUCHYTA Sunday Times Newspapers WYANDOTTE – A Downriver Rally for Bodily Autonomy, formed in the wake of the U.S. Supreme Court overturning Roe v. Wade, urged pro-choice attendees to turn their anger into action. One of the event volunteers, Lonnie Curri of Wyandotte, said they hope to gather signatures to get a reproductive freedom initiative of the ballot in Michigan in November. “We are making sure that women in Michigan are not defaulted back to … END_OF_DOCUMENT_TOKEN_TO_BE_REPLACED 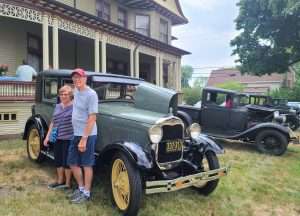 By SUE SUCHYTA Sunday Times Newspapers WYANDOTTE – Pie, ice cream and camaraderie, combined with picture-perfect June weather, made for a successful social June 26 at the Ford-MacNichol Home, hosted by the city’s museum and the Historical Society.   Museum Director Jesse Rose said the event, once an annual tradition, was resurrected in 2019, before going on hiatus during the COVID-19 pandemic.  “I hope it will be a yearly event from now on,” he said.  Rose said the event serves as a fundraiser and a way to introduce new … END_OF_DOCUMENT_TOKEN_TO_BE_REPLACED 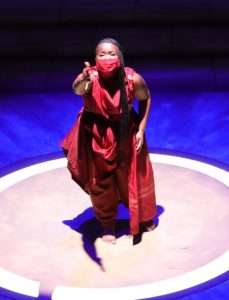 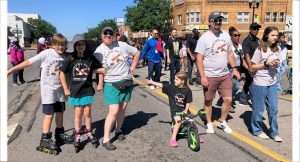 By SUE SUCHYTA Times-Herald Newspapers The sun was shining on the city’s Juneteenth celebration, which commemorates the emancipation of enslaved African Americans, held June 19 at O.W. Best Middle School, 22201 Powers Avenue. Leslie Windless of the Dearborn Heights Community and Cultural Relations Commission said the event was sponsored by her commission, along with the non-profit From the Hood For the Hood; “Cann Cares,” run by D-7 Trustee Nate Cann; First Independence Bank and the Dearborn Heights … END_OF_DOCUMENT_TOKEN_TO_BE_REPLACED