By SUE SUCHYTA Sunday Times Newspapers TAYLOR — Two pairs of Bebe sunglasses and a pair of Gucci eyeglass frames were reported stolen July 16 from a red 2014 Jeep Patriot parked in the Princeton Square apartment complex. The thief, who gained entry by smashing the front passenger side window, also stole an old stereo and paperwork stored in the SUV. … END_OF_DOCUMENT_TOKEN_TO_BE_REPLACED 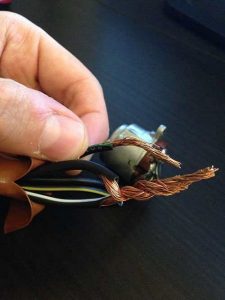 By SUE SUCHYTA Sunday Times Newspapers TAYLOR — A vehicle was reported damaged by a failed hot wiring attempt July 16 while in the parking lot of Home Depot, 21100 Penn St., while its owner was staying at the nearby Red Roof Inn, 21230 Eureka Road. The vehicle owner said the vehicle likely would have been stolen if he hadn’t removed the battery after he parked it the night before. The ignition module was torn from the vehicle, and a hammer and screwdriver were left on the driver’s seat. There was no surveillance footage, and … END_OF_DOCUMENT_TOKEN_TO_BE_REPLACED 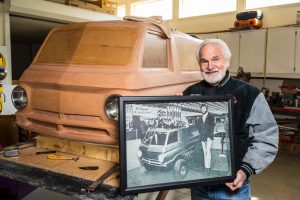 LINCOLN PARK — The Lincoln Park Historical Museum will host the exhibition “Chuck Miller’s Mobile Masterpieces” Aug. 14 to Sept. 18, a tribute to Miller’s Styline custom auto design career, with a special event bringing some of his original creations to the grounds of the museum for one day. The Red Baron custom hot rod built by Miller will be on the museum grounds as will several of Chuck’s Zingers! – half-scale autos with monstrous chromed hot rod engines of which extremely popular model kits were made for the youth … END_OF_DOCUMENT_TOKEN_TO_BE_REPLACED

By ZEINAB NAJM Sunday Times Newspapers TAYLOR —Eddie Hicks, 73, of Taylor was charged in connection with the fatal shooting of Barry Bellestri, 46, also of Taylor. A news release from the Wayne County Prosector’s Office said Hicks faces one count of second-degree murder, one count of manslaughter and two counts of felony firearm charges. He was arraigned July 22 in 23rd District Court and was given a $500,000 cash/surety bond. A probable cause conference is scheduled for Aug. 2 and a preliminary examination of the evidence … END_OF_DOCUMENT_TOKEN_TO_BE_REPLACED 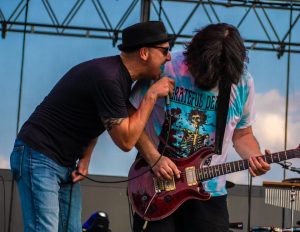 DEARBORN – Due to weather concerns, The Santana Project concert set for 7 p.m. July 24 has been moved inside the Michael A. Guido Theater at the Ford Community & Performing Arts Center. It had been scheduled for Ford Field Park as part of the free Music Under the Stars series. The Santana Project will bring a lively performance to the theater playing hits originally made popular by the band Santana such as “Black Magic Woman,” “The Game of Love” and “Smooth.” Future concert dates and performers The remaining Music … END_OF_DOCUMENT_TOKEN_TO_BE_REPLACED 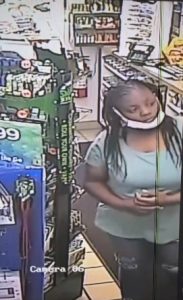 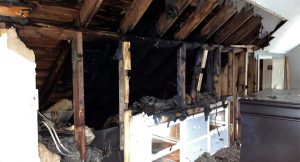 By SUE SUCHYTA Sunday Times Newspapers SOUTHGATE – A family of four and their pet dogs safely escaped an early morning house fire July 15, in the 13100 block of Netherwood, with just the clothes on their backs. “We are devastated but so happy my family walked out alive,” Brianna Kelley said on a social media post. She said their 4-year-old daughter woke them up, which allowed them to get out in time. She and her husband, Robert Dixon, also have an 11-month-old son and pet dogs. Through a post on her Facebook … END_OF_DOCUMENT_TOKEN_TO_BE_REPLACED 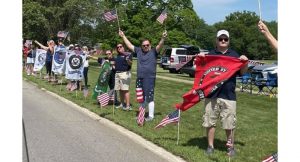 By ZEINAB NAJM Sunday Times Newspapers From Trenton, through Dearborn Heights to Taylor, the Wounded America Motorcycle Ride continued its annual tradition of riding through communities with the goal of raising money for local veterans. This year, the ride raised $30,000 which matched the total raised last year during the scaled down version of the sixth annual event. Funds went to the non-profits Downriver for Veterans — which serves veterans in multiple ways including assisting with rent, utilities and car repairs — … END_OF_DOCUMENT_TOKEN_TO_BE_REPLACED 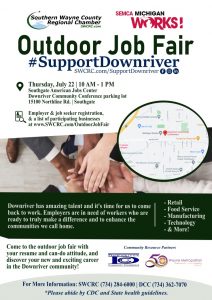 SOUTHGATE – The Southern Wayne County Regional Chamber and Downriver Community Conference will host the Downriver Outdoor Job Fair from 10 a.m. to 1 p.m. July 22 at the SEMCA Michigan Works! Southgate American Job Center, 15100 Northline. The event is designed to connect Downriver's entrepreneurs and employers with regional talent. Registration is encouraged for job seekers who plan to attend the job fair. A list of participating businesses and registration is available online. Services for job seekers include job search … END_OF_DOCUMENT_TOKEN_TO_BE_REPLACED 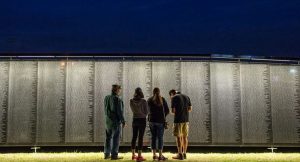 By ZEINAB NAJM Sunday Times Newspapers RIVERVIEW — Volunteers are needed for the The Walls that Heals which will be in Riverview from Aug. 12 to 15. Various options for volunteer opportunities are available for those interested to sign up. Parks and Recreation Director Todd Dickman explained the need for volunteers during July 12 a city council study session. “Hopefully people can come out and view the wall, but the one thing we do need right now is, we still need a good amount of volunteers,” Dickman said. “So, if … END_OF_DOCUMENT_TOKEN_TO_BE_REPLACED