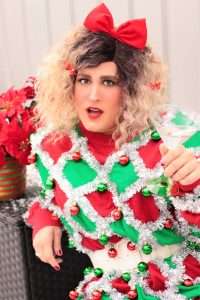 Whether it’s an adult satire or wholesome family fare, holiday shows are shining bright on local stages. The Ringwald in Ferndale presents “Who’s Holiday!” while P.S. Center Stage Players of Wyandotte present “The Best Christmas Pageant Ever” and DYPAC in Trenton presents “White Christmas.” RINGWALD PRESENTS A GROWN-UP CINDY LOU WHO IN ‘WHO’S HOLIDAY!’ The Ringwald Theatre kicks off the holiday season with Matt Lombardo’s adult comedy “Who’s Holiday!” Dec. 2 to 19, which features an adult Cindy Lou Who recalling the … END_OF_DOCUMENT_TOKEN_TO_BE_REPLACED 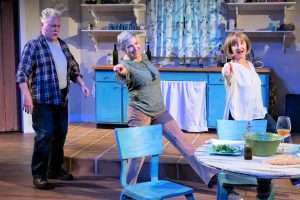 Two strong local theater companies – Open Book in Trenton and the Detroit Public Theatre in Midtown – are offering compelling shows that should not be overlooked, even with “Hamilton” packing houses at the Fisher Theater. OPTC presents Lucy Kirkwood’s “The Children,” about retired nuclear engineers coming to terms with a damaged nuclear power plant and its fallout, while DPT presents the Michigan premiere of Heather Raffo’s “Noura,” about a family that fled Iraq, at the Detroit Public Theatre’s Midtown playhouse. OPEN … END_OF_DOCUMENT_TOKEN_TO_BE_REPLACED 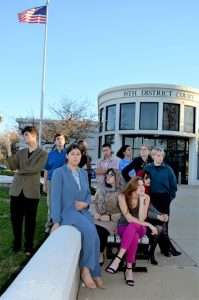 Whether you want to see a Broadway tour or the talent on a local high school stage, next week offers many opportunities to sit in a darkened auditorium and escape into the world of theatrical magic. Dearborn High School presents “Twelve Angry Jurors,” Grosse Ile High School presents the high school version of “The Play That Goes Wrong” and Divine Child High School presents “Godspell.” In addition, Wayne State University presents “The People vs. Friar Laurence,” while a few miles away, the Broadway post-pandemic tour of … END_OF_DOCUMENT_TOKEN_TO_BE_REPLACED 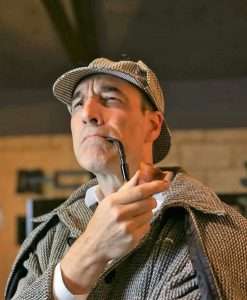 “The Game’s Afoot or Holmes for the Holidays,” a comical whodunnit by Ken Ludwig, offers entertainment Nov. 11 to 27 at the Players Guild of Dearborn.  Directed by Karen Pritchard of Garden City, the show, which won the Mystery Writers of America Edgar Allen Poe Award for best play in 2012, is a farce as well as a mystery/thriller.  Set in 1936, Broadway star William Gillette, who has made a career of playing Sherlock Holmes, invites his castmates to a weekend getaway party. However, when one of the guests is murdered, … END_OF_DOCUMENT_TOKEN_TO_BE_REPLACED 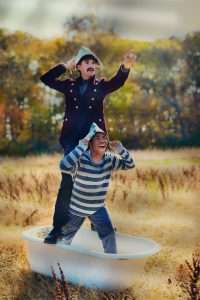 Many dress up for Halloween, but thespians take great pleasure in masquerading as other characters year-round, so once the pumpkins are gone and the skeletons are packed away, seek some entertaining characters on local stages: “Peter and the Starcatcher” at Dearborn Heights Crestwood High School, “Noises Off” at Trenton High School and the debut of “The End of a Society” at Wayne State University. CRESTWOOD HIGH SCHOOL PRESENTS ‘PETER AND THE STARCATCHER’ Crestwood presents Rick Elice’s “Peter and the Starcatcher” at 7 … END_OF_DOCUMENT_TOKEN_TO_BE_REPLACED 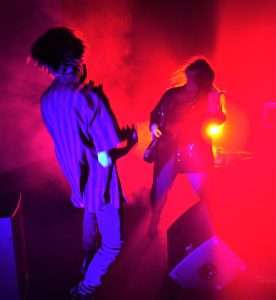 The Theatre Company at University of Detroit Mercy opens its 52nd season with the Michigan premiere of Chelsea Mercantel’s “Airness” Oct. 28 to Nov. 6 at the Boll YMCA theater in Detroit. The show follows a group of air guitarists as they navigate competitions, love, loss and finding their inner rock star. When Nina enters her first air guitar competition, she discovers that her fellow competitors are a group of “charismatic nerds” who help her discover the true meaning of the art form as she learns more about … END_OF_DOCUMENT_TOKEN_TO_BE_REPLACED 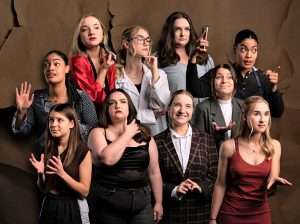 Theatre and Dance at Wayne presents the inventive and passionately explorative play, “Revolt. She Said. Revolt Again.” by Alice Birch Oct. 21 to 29, in the Underground Theater at the Hilberry.  The show explores the challenges of being a woman in the 21st century.  Directed by Jill Dion, the cast includes Tyler Black, Mateo Davis, Skylar Deming, Shannon Dingle, Sofia Kirkman, Quinn Hysni, Ashley Poulin and Alexis Pratt, with Allie Farmer understudying.  British playwright and screenwriter Birch has the ability to … END_OF_DOCUMENT_TOKEN_TO_BE_REPLACED 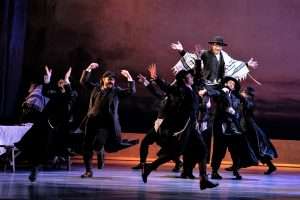 “Tradition” and other much-loved music from “Fiddler on the Roof” returns to the Fisher Theater after its last Detroit run was cut short in March 2020 following the onslaught of the COVID-19 pandemic. “Fiddler on the Roof” had its tryout at the Fisher Theater in July and August of 1964, before moving to Washington, D.C., in August and September, and opening on Broadway Sept. 22, 1964, at the Imperial Theater. With music by Jerry Bock, lyrics by Sheldon Harnick and a book by Joseph Stein, the show is based on Sholem … END_OF_DOCUMENT_TOKEN_TO_BE_REPLACED 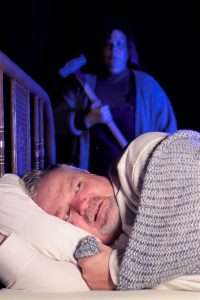 October scares up lots of fun, and the Ringwald is no exception, as it brings William Goldman’s “Misery,” based on the novel by Stephen King, to its stage Oct. 9 to 31 at Affirmations, 290 W. Nine Mile Road, Ferndale. Directed by Brandy Joe Plambeck, the cast includes Joe Bailey as author Paul Sheldon, Suzan M. Jacokes as nurse and captor Annie Wilkes and Linda Rabin Hammell as Buster, the local sheriff. When a famous novelist is in a serious car accident in a remote area, he is rescued by a nurse and fan of his … END_OF_DOCUMENT_TOKEN_TO_BE_REPLACED

DEARBORN – With the launch of its 2022-23 season, Celebration of Sound, the Dearborn Symphony performs a series of concerts brought to life by everyday sounds. From the railways of the first concert, through a musical celebration of John Williams’ 90th birthday, on to a Passionate Romantics Valentine’s Day and a lucky St. Paddy’s Day with the Symphony, ending with arts month and Pictures Worth 1,000 Notes.  The season kicks off at 8 p.m. Oct. 7 at the Ford Community & Performing Arts Center with “Journey on the Orient Express.” … END_OF_DOCUMENT_TOKEN_TO_BE_REPLACED