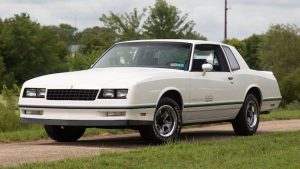 By SUE SUCHYTA Sunday Times Newspapers WYANDOTTE — A 1984 Chevrolet Monte Carlo was reported stolen the morning of May 6 from a driveway in the 3800 block of 22nd Street. Another vehicle was parked in the driveway between the Chevy and the street, which did not deter the thieves, who moved the other vehicle by unknown means before stealing the classic car. With the help of social media, the car was later recovered, abandoned, on the west side of Detroit. The vehicle was processed for trace evidence in an effort to identity … END_OF_DOCUMENT_TOKEN_TO_BE_REPLACED 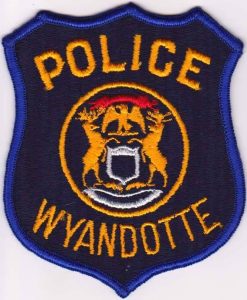 By SUE SUCHYTA Sunday Times Newspapers WYANDOTTE — A 35-year-old Wyandotte woman was charged with operating while intoxicated, narcotic possession and driving with a suspended license the night of May 6, when a police officer found her slumped over the wheel of her vehicle at westbound Eureka Road at Fort Street, where she likely stopped for the traffic light. The woman’s foot on the brake was the only thing preventing the vehicle from moving forward. After trying unsuccessfully to awaken the woman, the police officer, who … END_OF_DOCUMENT_TOKEN_TO_BE_REPLACED

By SUE SUCHYTA Sunday Times Newspapers WYANDOTTE – The city held its inauguration May 10 at Yak Arena, with Judge Elizabeth DiSanto swearing in City Clerk Lawrence Stec, who then swore in the other elected officials. Outgoing Councilwoman Megan Maiani, who did not run for re-election, thanked the residents, her fellow council members, the department heads and all of the city employees for an “amazing” four-year opportunity. “I have not only grown as a person, but as a professional, as well,” she said. “I would like … END_OF_DOCUMENT_TOKEN_TO_BE_REPLACED

TAYLOR — Registration continues for the 2021 Happy Soles Virtual Race, which raises funds for the Fish & Loaves Community Food Pantry. The challenge runs through June 13. “We're challenging our donors, volunteers and the community to run, walk, cycle, swim or row as many miles as you can and contribute to the total event miles for the 2021 Happy Soles Virtual Race,” Fish & Loaves Executive Director Mary Hollens said. “Our 2021 goal is to surpass the number of households that Fish & Loaves served in 2020 in miles: that’s … END_OF_DOCUMENT_TOKEN_TO_BE_REPLACED 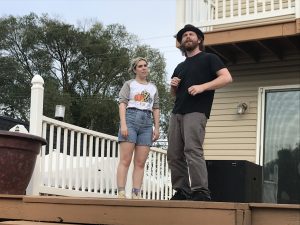 Trenton’s Open Book Theatre Company will launch its second season of socially distanced, outdoor Driveway Theatre shows on May 28 with Sean Paraventi’s “Every Love Story Ever Told.” Directed by Krista Schafer Ewbank, the show features Ryan Ernst and Tiaja Sabrie as Marvin and Marge, who celebrate their wedding anniversary by acting out “every love story ever told” in a half hour. Paraventi said he is a hopeless romantic. “‘The Complete Works of Shakespeare (Abridged)’ was definitely an inspiration for this project,” … END_OF_DOCUMENT_TOKEN_TO_BE_REPLACED 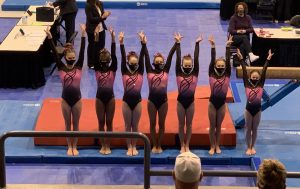 By SUE SUCHYTA Sunday Times Newspapers SOUTHGATE – Downriver Gymnastics has another state champion: Zoe Cheff, 12, of Trenton, after last weekend’s state meet in Port Huron, where gymnasts proved they were bouncing back from last year’s COVID-canceled season. “All the gymnasts did amazingly,” Downriver Gymnastics owner Kelli Cook said. Cheff, of the Xcel Silver team, earned a bronze medal on the beam, gold on the floor and silver in the all-around. She was also eighth on the vault. “Our Xcel Silver team did an … END_OF_DOCUMENT_TOKEN_TO_BE_REPLACED 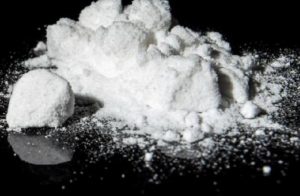 By SUE SUCHYTA Sunday Times Newspapers WYANDOTTE — The driver of a blue Mercury whose vehicle license plate indicated that he did not have insurance was arrested for possession of cocaine the night of April 18, in the 800 block of Fourth Street, and his vehicle impounded and towed. The driver tried to evade the officer by pulling into a bar parking lot, but was pulled over when he tried to surreptitiously leave the lot using another exit. When the traffic stop was initiated, the man threw an object out the window, and denied … END_OF_DOCUMENT_TOKEN_TO_BE_REPLACED 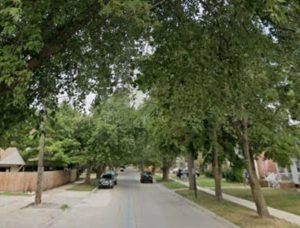 By SUE SUCHYTA Sunday Times Newspapers WYANDOTTE — A 23-year-old Wyandotte man was arrested for attempted larceny from an auto and disorderly conduct when a resident caught the man going through his vehicle at 1:47 a.m. April 12 in the 2200 block of Vinewood Street, and detained him until police officers arrived. The victim said he was in his backyard when he saw his vehicle’s dome light go on, which allowed him to see the man rummaging through his vehicle. He confronted the man, pinned him against his vehicle, and ultimately … END_OF_DOCUMENT_TOKEN_TO_BE_REPLACED

By SUE SUCHYTA Times-Herald Newspapers DEARBORN — The Police Department is seeking the public’s help to identity a man who shot two people – one fatally – about 9 p.m. May 4 at the Pantheion Club, 12900 Michigan Ave. After a verbal and physical altercation between a group of people, the suspect produced a handgun, shooting a 24-year-old man fatally and injuring another person, who was later released from the hospital with minor injuries. The suspect, who is believed to be driving a blue Chevy Impala, is considered armed and … END_OF_DOCUMENT_TOKEN_TO_BE_REPLACED 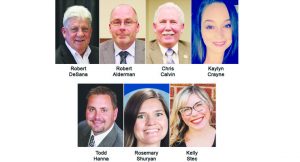