By ZEINAB NAJM Times-Herald Newspapers DETROIT — A Detroit police officer who is a Dearborn resident was shot during a drug raid in Detroit Oct. 31. Officer Hameed Mohamed was shot in the leg through a metal door as he approached the house in the 8500 block of Orangelawn. The gunman shot Mohamed with a “high powered weapon” when the shrapnel hit Mohamed. After Mohamed was shot, a firefight began between people in the house and additional police officers. Mohamed, an 18-year veteran of the Detroit Police Department, is … END_OF_DOCUMENT_TOKEN_TO_BE_REPLACED

Two Dearborn residents were selected as two of 30 people to participate in Challenge Detroit, an urban revitalization program focused on attracting and retaining talent in Detroit in an effort to spur revitalization. Ryan Dillon and Devon O’Reilly were chosen from hundreds of applicants to collaborate with individuals from across the country and live, work, play, give and lead in Detroit. Challenge Detroit is a one-year fellowship program that provides the opportunity for tomorrow’s leaders to work at top regional companies, … END_OF_DOCUMENT_TOKEN_TO_BE_REPLACED

Photo courtesy of the Wayne County Commission The iconic Old Wayne County Building and adjacent parking lot were sold to a New York family for $13.4 million Thursday. The family plans to renovate and lease the structure. DETROIT — The Wayne County Commission approved the sale of the Old Wayne County Building and a nearby 120-space parking lot to New York developers who plan to renovate and lease the historic structure. The commission voted 12-2 Thursday to approve the $13.4 million sale of the building at 600 Randolph and … END_OF_DOCUMENT_TOKEN_TO_BE_REPLACED

LaunchDETROIT, a micro-loan program developed by Rotary District 6400, will host an informational open house for Detroit entrepreneurs and small businesses from 4 to 6 p.m. July 29 at Saint Gabriel Catholic Church, 8118 W. Vernor in Detroit.  LaunchDETROIT is a multi-pronged program that offers qualifying entrepreneurs a combination of free business training, micro loans of $1,000 to $2,500, assigned business mentors and networking opportunities. “We awarded our first micro-loans to 13 entrepreneurs in January, and we are … END_OF_DOCUMENT_TOKEN_TO_BE_REPLACED 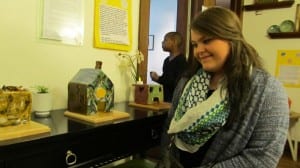 Photo by Sue Suchyta Sydney Mullins, 17, of Allen Park looks at the luminary (center) that she made with a second-grader from Detroit’s J.E. Clark Preparatory Academy. Allen Park High School woodshop students will create a playhouse for the second-graders based on her luminary’s design. The March 20 event at Live Coal Gallery, 5029 Trumbull in Detroit, served as a fundraiser for Project H.O.P.E., Housing, Opportunities and Possibilities for Everyone. Through the sale of the student-made luminaries, the group hopes to make donations … END_OF_DOCUMENT_TOKEN_TO_BE_REPLACED 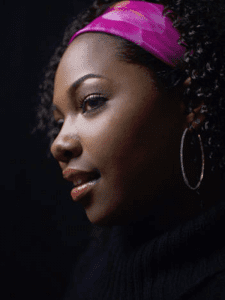 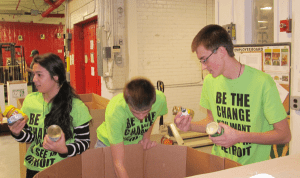 DETROIT — State Sen. Tupac Hunter (D-Detroit) will host two more “Talk Time with Tupac” coffee hours in June. Hunter will be available to discuss with constituents the issues he is working on in Lansing. A coffee hour will be held from noon to 1 p.m. Friday at McDonald’s, 27125 Cherry Hill in Inkster. He will follow that with a coffee hour from noon to 1 p.m. June 15 at McDonald’s, 6412 N. Telegraph in Dearborn Heights. People wishing to attend are asked to confirm their attendance with Hunter’s office by calling (866) … END_OF_DOCUMENT_TOKEN_TO_BE_REPLACED

By SHERRI KOLADE Times-Herald Newspapers DETROIT — A Dearborn man is charged in the fatal shooting of a Detroit man over a verbal dispute, according to a Wayne County Prosecutor’s Office press release. About 1 a.m. March 10 in the 10800 block of Fenkell, gas station attendant and 23-year-old Dearborn resident Ibrahim Kassim Saleh, allegedly shot Michael A. Haynes, 24, of Detroit. According to the release, Haynes and Saleh argued over the price of condoms at the gas station when Saleh, who was inside of a bullet-proof glass … END_OF_DOCUMENT_TOKEN_TO_BE_REPLACED

Sage Korte (right), 8, from DuVall Elementary School in Dearborn, works with team members to create a display to present their small business idea while earning the Junior Girl Scout Business-Wise badge. By SUE SUCHYTA Sunday Times Newspapers DETROIT – With the help of DTE Energy, savvy Scouts are learning that being in business means more than selling cookies, and green is more than a uniform color. The Girl Scouts of Southeastern Michigan and DTE Energy’s Women of Finance teamed up Nov. 5 at DTE’s downtown headquarters … END_OF_DOCUMENT_TOKEN_TO_BE_REPLACED