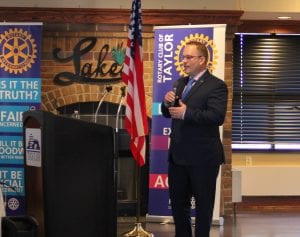 By SUE SUCHYTA Sunday Times Newspapers TAYLOR – From property value increases to change-making investments in neighborhoods, infrastructure and public safety, Mayor Rick Sollars delivered an upbeat state of the city message following recent FBI raids on his office and residences. The Feb. 21 speech, delivered to a packed house at the Lakes of Taylor Banquet Center, 25505 Northline, was uncharacteristically crowded with local television news crews hoping for a comment from Sollars two days after the FBI executed search warrants … END_OF_DOCUMENT_TOKEN_TO_BE_REPLACED 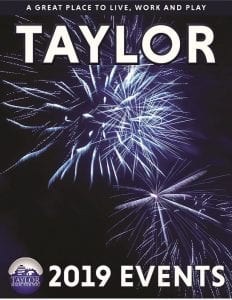 TAYLOR — In an effort to keep residents informed of city-related events in the community, the city recently published its first “Taylor Events” magazine, which is located in digital form on its website and will be eventually available in print editions in limited numbers around the city. The publication is a first-of-its-kind venture for the city. After creating this initial effort, the city plans to expand on it in 2020. The 2019 “Taylor Events” magazine offers a look into each month of the year. Two pages are allocated to … END_OF_DOCUMENT_TOKEN_TO_BE_REPLACED

TAYLOR — The Parks and Recreation Department will begin accepting pavilion rentals for 2019 beginning Jan. 2. All pavilion reservations must be made in person at the Taylor Recreation Center with identification. New in 2019: • January is reserved for rental permits by Taylor residents only. • Half-day rentals are available. The exclusive rental period is for Taylor residents, businesses and Taylor-based 501(c)(3) non-profit organizations is January 2-31, 2019. Residents or representatives must bring valid identification … END_OF_DOCUMENT_TOKEN_TO_BE_REPLACED 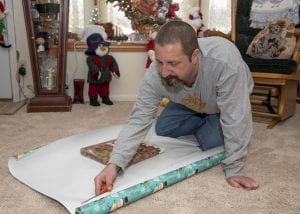 By PAULA RIVERA-KERR For the Sunday Times TAYLOR — Nick Dmitruchina, a retired career Marine, has a semicolon tattoo on his hand, a symbol of suicide awareness and prevention. He got it as a tribute to several fellow service members who have taken their lives, but now, that tattoo has personal meaning. July 23 the Taylor resident chose to end his life. He researched toxicity levels for one of his daily medications, finding information on the effects of taking too much of the prescribed drug. He overdosed. A friend found … END_OF_DOCUMENT_TOKEN_TO_BE_REPLACED

By SUE SUCHYTA Sunday Times Newspapers TAYLOR – A 40-year-old Taylor woman will not be charged in the Nov. 16 fatal shooting of Tanya Marie Davidson, 40, of Taylor, whom she knew, the Wayne County Prosecutor's Office said. Assistant Prosecuting Attorney Maria Miller said in a Dec. 12 press release that it was determined that the woman acted in lawful self-defense when she shot Davidson at noon Nov. 16 at Marathon Taylor Fuel Stop, 22350 Ecorse Road. The release said media reports claiming that the two women had argued … END_OF_DOCUMENT_TOKEN_TO_BE_REPLACED 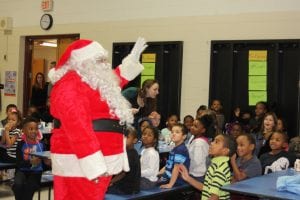 By SUE SUCHYTA Sunday Times Newspapers TAYLOR – There wasn't snow for his sleigh, but Santa still arrived at Myers Elementary School Dec. 11 to distribute treats and pose for a photo with each child at the school. Woodhaven Mayor Patricia Odette of Odette Chiropratic Family Health Center, and Tittle Brothers Construction donated the small stockings with treats, and arranged for each child to pose for and receive a framed photo with Santa. Volunteer Faith Kerekes, whose husband, Jeff Kerekes, personified the magic of the … END_OF_DOCUMENT_TOKEN_TO_BE_REPLACED 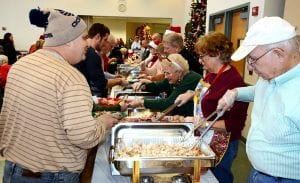 By DAVE GORGON For the Sunday Times TAYLOR – The public is invited to enjoy a free Christmas dinner on Christmas Day at the William D. Ford Senior Activity Center, 6750 Troy. The 20th annual “True Meaning of Christmas” dinner is set for noon to 3 p.m. Dec. 25. The meal is open to everybody — especially those alone, less fortunate or hungry – and their guests. Members of the Domski family pool their resources to provide the dinner. Hundreds of those in search of Christmas dinner, camaraderie and holiday memories attend every … END_OF_DOCUMENT_TOKEN_TO_BE_REPLACED

By SUE SUCHYTA Sunday Times Newspapers TAYLOR – Tonya Davidson, shot Nov. 16 at the Marathon Taylor Fuel Stop, died Nov. 20, and the Wayne County prosecutor wants further police investigation before determining the charges the shooter might face. The two women, who knew each other and had an adversarial relationship, reportedly had an altercation at a coffee shop earlier that day, according to a WJBK Channel 2 report, which also said the victim had two children with a man who also fathered a child with the shooter. Social … END_OF_DOCUMENT_TOKEN_TO_BE_REPLACED 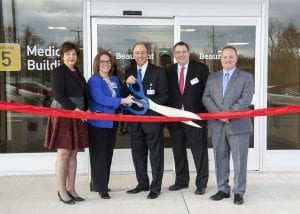 Beaumont Health is expanding its orthopedics program with the opening of a new Orthopedic Center in Taylor. To meet the increasing demand for orthopedic services, the center, at 10000 Telegraph Road, will provide these services to area residents in a brand new orthopedic clinic, with access to a variety of physicians, clinicians and specialists. Same-day appointments are also available. The newly constructed 10,000-square-foot medical office building opened to the community Nov. 19, with a ribbon cutting ceremony, which included … END_OF_DOCUMENT_TOKEN_TO_BE_REPLACED