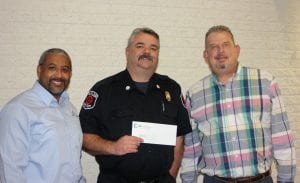 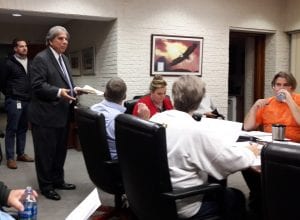 By SUE SUCHYTA Sunday Times Newspapers TAYLOR – Drug and sobriety courts have a successful impact and change lives, 23rd District Court Judge Geno Salomone told city officials and the city council during a Nov. 19 study session. Now in its 14th year, it has gone from having 25 participants in the program to more than 80, Salomone said, which he said is a direct response to the heroin epidemic. “We handle drug addicts, we handle alcohol addicts and we have a success rate of 71 percent,” Salomone said. “The reason I bring that … END_OF_DOCUMENT_TOKEN_TO_BE_REPLACED 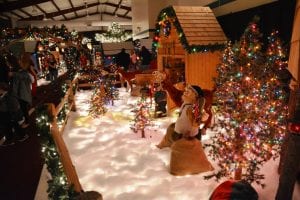 TAYLOR – Santa’s Magic Forest opened for the season during the Taylor Winterfest Nov. 24 at the Heritage Park Activity Building, 12111 Pardee Road. “Downriver’s finest holiday display” welcomes visitors Fridays, Saturdays and Sundays through Dec. 23. Friday hours are 5 to 8 p.m. Saturday hours are 1 to 8 p.m. Dec. 1, 15 and 22; and noon to 8 p.m. Dec. 8. Sunday hours are 1 to 7 p.m. Nov. 25 and Dec. 2, 16 and 23, and noon to 7 p.m. Dec. 9. The Magic Forest is an indoor winter wonderland that features hundreds of animated … END_OF_DOCUMENT_TOKEN_TO_BE_REPLACED 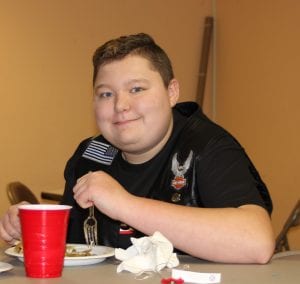 By SUE SUCHYTA Sunday Times Newspapers TAYLOR – As the aroma of food fills VFW Post 4422 Hall, where tables are packed with blankets, socks, coats and toiletries for homeless veterans, Dillon Marshall-Alley calmly absorbs the noise and bustle. Marshall-Alley, 16, of Lincoln Park, who has autistic spectrum disorder, has pursued different charitable projects over the past few years in conjunction with other groups as a way to help overcome the social and communication challenges he faces with ASD. With the help and … END_OF_DOCUMENT_TOKEN_TO_BE_REPLACED 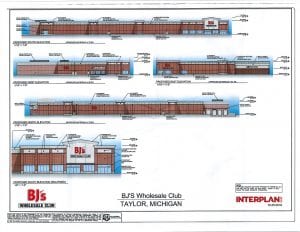 By SUE SUCHYTA Sunday Times Newspapers TAYLOR – BJ's Wholesale Club will open its doors in 2019, Mayor Rick Sollars announced Nov. 21, next to Menards, at Eureka and I-75, the former site of the Gibraltar Trade Center. The nationwide chain, which recently announced its expansion into southeast Michigan, also plans to open a store in Madison Heights. “BJ's Wholesale Club locating in Trader's Pointe is another win for the city of Taylor, and its business and entertainment district,” Sollars said. “BJ's is the next step in the … END_OF_DOCUMENT_TOKEN_TO_BE_REPLACED

TAYLOR — Jeremy prefers to stay to himself. He lives in a tent in the woods and collects bottles and cans to get the spending money he needs each day. Sometimes, though, he needs a little extra help to get by. That’s when he drops in at the ChristNet daytime program. He knows he can warm up, get a good meal and be in a place where there is no judgement. Alissa found herself without a place to stay after she and her boyfriend broke up. Her family wasn’t around, and friends weren’t able to take her in. She went to ChristNet for … END_OF_DOCUMENT_TOKEN_TO_BE_REPLACED

TAYLOR — Taylor Conservatory and Botanical Gardens, known for colorful gardens during the warmer months, is extending the plant season this year with the opportunity to purchase poinsettia plants. Taylor Conservatory Foundation is sponsoring a poinsettia fundraiser. The proceeds from the sale benefit the gardens and educational programs throughout the year. Greenhouse-grown 7- and 8-inch multi-bloom plants are $14.99 and $24.99, respectively, and are available in red, white, pink and marble which is pink and cream. Orders must … END_OF_DOCUMENT_TOKEN_TO_BE_REPLACED

By SUE SUCHYTA Sunday Times Newspapers TAYLOR – One woman is hospitalized and another is in custody following a noon shooting Friday at Marathon Taylor Fuel Stop, 22350 Ecorse Road, between two women who knew each other, police said. Deputy Police Chief Richard Hopper said in a Nov. 16 press release that officers responded to a call reporting a shooting at noon, where two woman, driving separate cars, pulled into the gas station parking lot. Shortly after, a physical altercation occurred inside the store. During the dispute, … END_OF_DOCUMENT_TOKEN_TO_BE_REPLACED 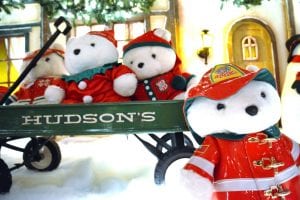 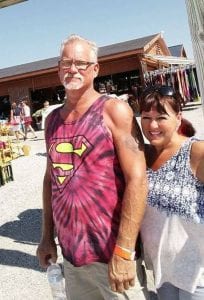 By SUE SUCHYTA Sunday Times Newspapers TAYLOR – An unattended kerosene heater may have caused Monday's garage fire that claimed the life of Donald Coffman Jr., 54, who entered the building to investigate the fire and became trapped. Carrie Ann Erving, who lives with Coffman in the 15000 block of Allen Road, awoke to the smell of smoke about 11:35 p.m., and moved her car away from the smoking garage at Coffman's suggestion. She said he voiced concern that something was wrong with one of the kerosene heaters he had in the garage, … END_OF_DOCUMENT_TOKEN_TO_BE_REPLACED