By SUE SUCHYTA Sunday Times Newspapers WYANDOTTE – The city council approved the appointment of Capt. Daniel Wright as the new fire chief at its Feb. 25 meeting, following the March 14 retirement of Fire Chief Jeff Carley. Mayor Joe Peterson and City Administrator Todd Drysdale interviewed two candidates, Wright and Fire Lt. Tom Lyon. Peterson said both candidates were impressive, and it was a difficult decision, since both did well on the civil service exam for the position and were highly qualified. “(Wright) has been a … END_OF_DOCUMENT_TOKEN_TO_BE_REPLACED 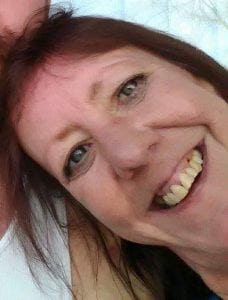 WYANDOTTE – A 911 call at 2:13 a.m. Feb. 2 led police officers to 1155 Sycamore, where a 55-year-old woman was a victim of foul play, Deputy Police Chief Archie Hamilton said. While police officials have not released her name, WXYZ Channel 7 has reported that the victim is Linda Breen. Her live-in boyfriend, identified by WXYZ as Charles “Chuck” Whitman, 38, is being held on unrelated warrants while a 20-year-old house guest who was not in the apartment when police arrived is being sought as a person of interest. Media reports … END_OF_DOCUMENT_TOKEN_TO_BE_REPLACED

WYANDOTTE — Tears of joy are shed often in the Birthing Center at Henry Ford Wyandotte Hospital. The labor and delivery medical staff works hard to prepare new mothers and fathers for delivery and life at home with a new baby. But occasionally the tears are ones of sorrow when parents suffer the loss of a pregnancy or infant. After the death of her baby girl, Brooke Marie, in 2005, Angela Winton felt compelled to help others in similar circumstances. She founded Metro Detroit Share, a pregnancy and infant loss support … END_OF_DOCUMENT_TOKEN_TO_BE_REPLACED 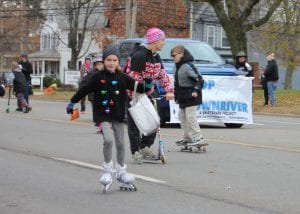 By SUE SUCHYTA Sunday Times Newspapers WYANDOTTE – Drop-In Downriver, a Wyandotte-based group, hopes to gain city support to solicit private funding for a free public concrete skate park, which it promoted during the annual holiday parade. The organization said in the flyers it distributed at the Nov. 17 parade that the group is working with advocates from the Tony Hawk Foundation, and have applied to be eligible for a grant-matching fundraising effort of up to $250,000 toward the construction of a privately funded, free public … END_OF_DOCUMENT_TOKEN_TO_BE_REPLACED 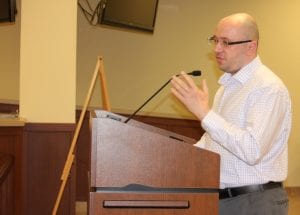 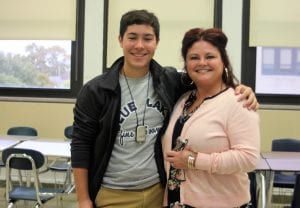 By SUE SUCHYTA Sunday Times Newspapers WYANDOTTE – Finn Gomez doesn't let his hearing impairment stop him from pursuing his dreams, and now he will have a chance to help others as a teen adviser for Phonak. Phonak, a division of Swiss-based Sonova, specializes in hearing solutions, often using the latest in technology. Gomez — who uses technology to amplify a classroom teacher's voice with a device which is connected through signal technology to his hearing aid, as well as devices that allow him to better hear other band … END_OF_DOCUMENT_TOKEN_TO_BE_REPLACED 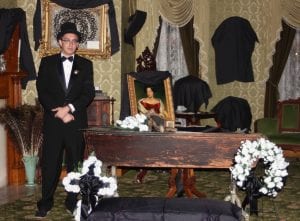 By SUE SUCHYTA Sunday Times Newspapers WYANDOTTE – The Historical Society's annual Cemetery Walk was once again a sold out success, with people dying to take part, followed by a Victorian-era funeral display at the Ford-MacNichol House. The event, held Oct. 12 and 13, began at the museum and this year took attendees to the Mt. Carmel Cemetery by bus, where volunteer actors told their rapt audience how they ended up 6 feet under. A highlight of the tour was the ghostly specter of the Rev. Leo Jarecki of Mt. Carmel Roman … END_OF_DOCUMENT_TOKEN_TO_BE_REPLACED 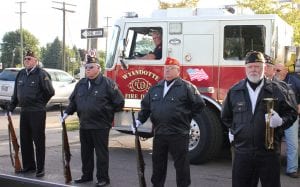 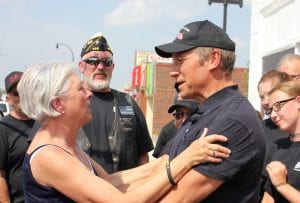 By SUE SUCHYTA Sunday Times Newspapers WYANDOTTE – The founder of Downriver for Veterans, Ann Rudisill, who always helps others, received help in return when reality show “Returning the Favor” did a weekend makeover of the nonprofit's storefront. “Returning the Favor,” a Facebook-based reality show hosted by television personality Mike Rowe, best know for “Dirty Jobs,” was in Wyandotte Aug. 27 for the reveal of the new facade of the building at 2447 Fort St., and a brightened and reorganized interior, with improved aisle … END_OF_DOCUMENT_TOKEN_TO_BE_REPLACED 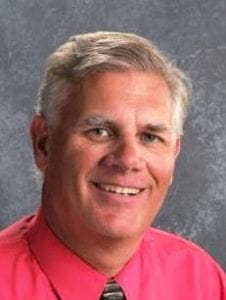