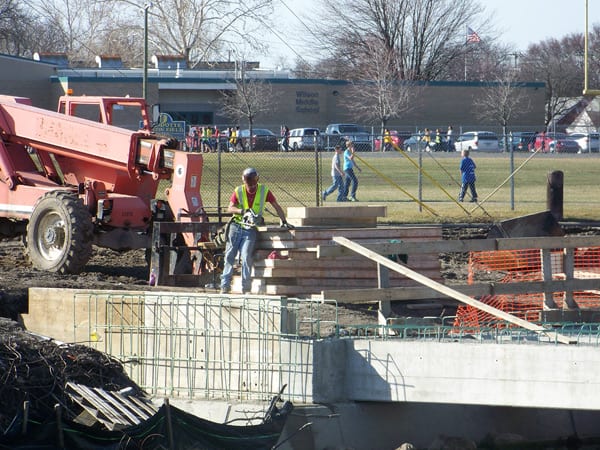 By JAMES MITCHELL
Sunday Times Newspapers
LINCOLN PARK — The good news is that long-awaited repairs to the Harrison Street bridge over the south branch of Ecorse Creek restarted last week. Less welcome to residents and businesses is that the bridge has been closed since January 2010.

Lincoln Park Mayor Patricia Diaz Krause said that the green light was finally given for work to begin on the $1.4 million Michigan Department of Transportation project. When originally approved through the state department’s Local Agency Bridge Program, repairs to the bridge were scheduled for 2013.

The bridge connecting Lincoln Park and Wyandotte was closed due to structural deterioration, and its closure was a challenge for local businesses and residents . The two communities shared the remaining costs of design and construction oversight — MDOT is covering 95 percent of the repair costs — and last year former Lincoln Park City Manager Steve Duchane lobbied for an earlier completion.

MDOT spokesman Rob Morosi said at the time that accelerating the schedule was unlikely.

Among the first spring-start projects for 2012, Diaz Krause said the bridge is scheduled to be open again in June.