President Biden arrived in office with the southern U.S. border secure and Afghanistan in a state of fragile equilibrium. Eight months later, the border continues to be deluged with migrants overwhelming our capacity to properly house and process them, and we are evacuating our personnel from Hamid Karzai International Airport in Kabul overrun by desperate Afghans fleeing the Taliban. The crisis at the border and the stunningly swift defeat in Afghanistan are entirely on Biden. He took sustainable situations and overturned them … END_OF_DOCUMENT_TOKEN_TO_BE_REPLACED

So far, the American withdrawal from Afghanistan has been a chaotic and even deadly abandonment. We leave behind so many Afghans who helped us over two decades and are now desperate to escape the Taliban. Why are Taliban troops having such an easy time with pro-government forces, who either surrendered at their first encounter or simply deserted? The Taliban militias cut through them like a knife through butter, in spite of 20 years of training and an estimated $88 billion of the United States’ money to formulate an Afghan-armed … END_OF_DOCUMENT_TOKEN_TO_BE_REPLACED

GUEST EDITORIAL The president’s decisions on Afghanistan will haunt his legacy. Now that we’ve reached the stage of finger-pointing and blame-shifting on just how Afghanistan was lost, it’s important to remember that the entire disaster now slamming into the lives of millions of people who had been our allies is the direct result of a deliberate decision made by the president of the United States. Joe Biden has cast himself as a leader with a deep understanding of foreign affairs. But reality is showing that his experience … END_OF_DOCUMENT_TOKEN_TO_BE_REPLACED

How could it be that even though reservations have been open since mid-June and it’s nearly six months away, sales for Donald Trump’s Florida and Texas appearances in mid-December have been blah. You’d think they would have been sold out by now, particularly since Trump will be paired with ... wait for it ... Bill O’Reilly! The reaction has been underwhelming, even though the Trumpster promises that the four-appearance conversation tour will be “fun, fun, fun for everyone who attends.” O’Reilly adds, “It will not be … END_OF_DOCUMENT_TOKEN_TO_BE_REPLACED

No one is trying to topple the Alamo quite yet, but a new revisionist book on the foundational event of Texas history partakes of the iconoclastic spirit of our time. The book, titled “Forget the Alamo,” is a harsh call for Texans, and Americans, to get over a battle deeply etched in our popular memory. According to the authors, the Texans (then the Texians) were foolish to try to defend the indefensible. Some of the defenders tried to make a run for it. Santa Anna, the Mexican general central to the story, wasn’t so bad. And given … END_OF_DOCUMENT_TOKEN_TO_BE_REPLACED

Kudos to the Michigan House for passing a bipartisan ethics reform package last month, but it’s now up to the Senate to approve the legislation intended to bring more accountability and better governing practices to Lansing. Legislators shouldn’t delay voting on the proposals to increase oversight and transparency for the Legislature and other state offices and departments, including the governor's office. There are only a few scheduled session days this summer, but this should be a top priority this fall. House Speaker Jason … END_OF_DOCUMENT_TOKEN_TO_BE_REPLACED 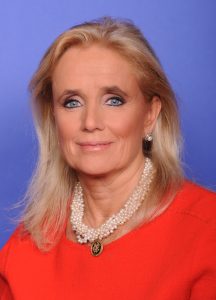 By DEBBIE DINGELL ‘Once-in-a-lifetime” has become a mantra across Michigan. Over the past several years, our state has experienced reoccurring storms that have pushed families out of their homes, devastated local businesses, destroyed irreplaceable heirlooms, flooded roadways and released billions of gallons of discharge, including raw sewage, into our waterways. The financial cost of these disasters has been immense, not to mention the heavy emotional toll imparted on families who have lost their homes, businesses and decades … END_OF_DOCUMENT_TOKEN_TO_BE_REPLACED 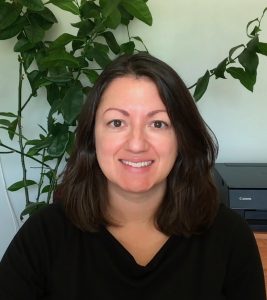 Editor: The League of Women Voters of Dearborn-Dearborn Heights is urging local residents to support the Dearborn Library Millage renewal on the August ballot. The 1 mill, six-year renewal would offset the cost of providing library services to Dearborn residents. Representing about 60 percent of the library’s operating budget, the millage would generate about $3.7 million annually. In May, the Dearborn City Council approved the levying of an additional 0.69 mills to balance the proposed library budget. The League agrees with … END_OF_DOCUMENT_TOKEN_TO_BE_REPLACED

Sometime in 2023, Donald Trump will presumably make the most momentous decision by a single person affecting the fate of the Republican Party in decades. He will decide whether to run for president again, and that will determine who’s the frontrunner (Trump, if he’s a go) and the contours of the race. If Trump runs, he will, one assumes, blot out the sun. Everything will be about him — his record, his pronouncements, his animosities. Much of the conservative mass media will get on board, while the mainstream media — … END_OF_DOCUMENT_TOKEN_TO_BE_REPLACED

Here’s a little inside-the-Beltway knowledge (in fact, it’s inside the White House gate): In the executive mansion, where people go only if they have a temporary or a permanent pass issued by the Secret Service, there’s a “drop” in the driveway outside the West Wing. A drop is a permanently installed live camera position. There are hundreds of these drops in official Washington and dozens within the White House gate, sealed off by unfriendly men and women of the protective detail who talk into their sleeves. The driveway drop is … END_OF_DOCUMENT_TOKEN_TO_BE_REPLACED