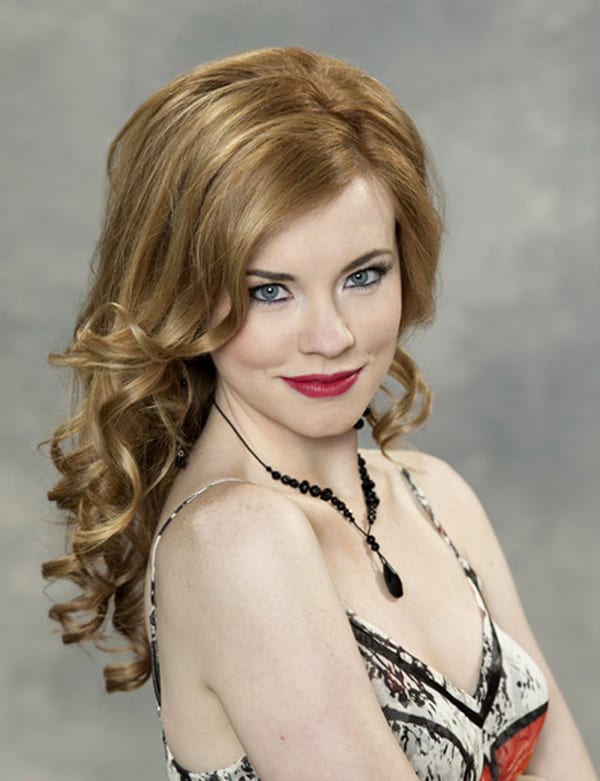 Molly Burnett stars as “Melanie” on “Days of Our Lives.”

By Dana Block
THE BOLD AND THE BEAUTIFUL
Caroline weighed the pros and cons of Brooke’s job offer. Liam was perplexed by Hope’s mood swings. Amber amped up her pursuit of Rick after realizing she had a worthy competitor in Caroline. Dayzee caught Amber shopping online for prescription medication. Liam began having second thoughts about choosing Hope over Steffy. Rick wooed Caroline with a steamy kiss. Hope decided to be truthful with Liam about going to therapy and seeking pharmaceutical assistance. Steffy told Taylor that she had renewed hope about a future with Liam. Donna and Pam were both offered the same receptionist job at Forrester Creations. Dr. Barton was alarmed that Hope was still taking meds. Wait to See: Brooke plays cupid. Pam and Donna begin working together.

DAYS OF OUR LIVES
Nicole told EJ that Stefano fixed the election results so that EJ would lose. Rafe was devastated that Carrie believed that he was really the father of Nicole’s baby. Melanie and Chad spent the night together. Marlena was thrilled by John’s arrival but couldn’t believe that he was putting their lives in danger again by working with the ISA. Bo showed signs of consciousness after reaching for Hope’s hand in the hospital. Austin told his sister that he and Carrie were giving their marriage another shot. Sami interrupted a promising moment between EJ and Nicole. Rafe almost told Carrie the truth about Nicole’s baby. Wait to See: Lexie bonds with EJ during her illness. John learns that the gold coin has been decoded.

GENERAL HOSPITAL
Ewen suggested that Kate admit herself to a psychiatric hospital. Olivia was disappointed to learn that Steve’s mom — the infamous Heather Webber — was moving in. Tracy was upset when no one acknowledged her birthday — except Luke. Not everyone in Port Charles was happy for Johnny and Carly’s blooming relationship. John pushed Sonny’s buttons at the trial. Michael comforted Starr after a breakdown from the stress. Sam kept her connection to John secret from Jason. Olivia turned to Ewen for help about her home situation. Matt told Maxie that he loved her. Tracy asked Luke to help her be free of Anthony. Wait to See: Epiphany becomes a friend to Patrick. Sonny has some tough questions for Kate.

THE YOUNG AND THE RESTLESS
Chelsea went into labor after falling into a frozen lake. Adam performed the emergency delivery in a cabin, where Chelsea gave birth to a baby boy. Jack agreed to marry Genevieve, but secretly planned to divorce her after she handed the company over to him. Billy and Victoria came to the cabin and realized that someone must have delivered Chelsea’s baby, but Adam hid from view after spotting them. Ashley was delighted by Sharon’s invitation to be a part of Faith’s life. Jack was able to convince Genevieve that he loved her after she overheard his deceitful plan. Victoria feared that Chelsea will change her mind about the adoption. Wait to See: Jack and Nikki rekindle their romance. Ricky betrays Phyllis.