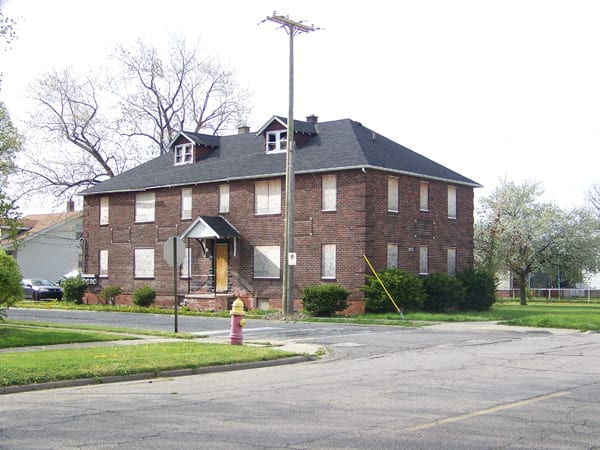 Photo by James Mitchell
An apartment building at 1505 Lafayette will be torn down following last week’s city council approval of demolition for unsafe structures.

By JAMES MITCHELL
Sunday Times Newspapers
LINCOLN PARK — After a lengthy review process by city building officials, the city council Monday approved the removal of 10 buildings that were determined to be dangerous blight.

“My inspectors identify structures that are boarded up, fire damaged or vacant,” Dennis Chegash, Building and Engineering Manager said. “They’re substandard any way you look at it. If they meet the majority of criteria, they can be declared ‘dangerous.’”

Chegash said the buildings — mostly houses and a few vacant businesses such as a Coney Island in the 1600 block of Fort Street — were subjected to a public hearing Monday before the City Council. Leading up to the hearing, property or land owners are provided an opportunity to make sufficient repairs for the building to be declared safe again.

“Most of them have been fire damaged,” Chegash said of the 10 chosen buildings. “There are a couple that are just in deplorable condition due to neglect.”

More than just an eyesore, abandoned buildings attract thieves looking for copper piping or other valuables, and also invite squatters, drug abusers and other problems.

Last week’s approval to raze the buildings was another step in a long procedure from initial report to demolition.

“It’s a lengthy process,” Chegash said. “Potentially this is someone’s home, and you don’t want to haphazardly tear it down. It’s been legally hashed out so that the city is held harmless in the end.” 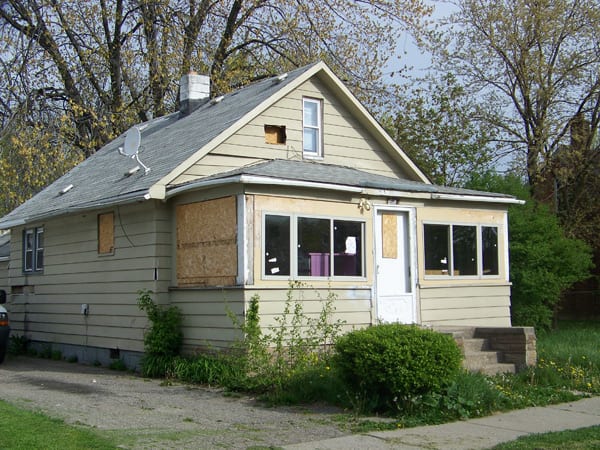 Photo by James Mitchell
The private home at 1474 Lafayette is among the structures cleared for demolition by the Lincoln Park City Council.

Of the 10 structures, one house in the 1400 block of Buckingham may be repaired if the property owner completes a list of repairs within a reasonable time frame.

Demolition of the other buildings is still months away, Chegash said, as utilities need to be disconnected, which sometimes takes months.

“We’re doing the best we can to keep the city free of blight,” Chegash said.