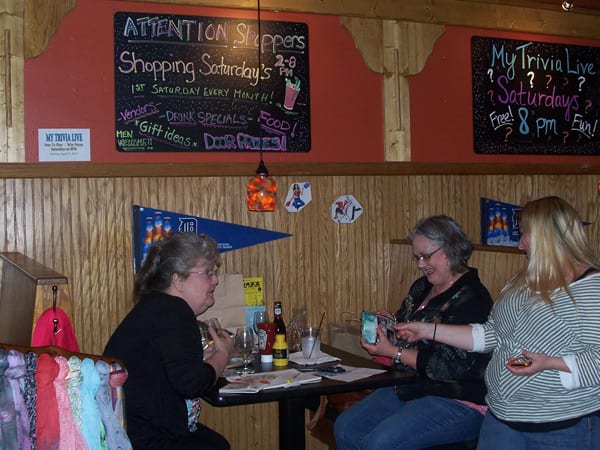 The restaurant, 14323 Michigan Ave., is 20 years old, but was acquired by a new owner three years ago. The establishment’s original owner reacquired it one year ago on June 1, said Linda Rimanelli, J.B. Bamboozles Pub & Grille manager.

“People keep finding us because they love the way we look,” Rimanelli said. “It doesn’t matter what age they are, what race they are, what nationality they are, everybody finds something that makes them very comfortable here.”

Most likely out of the hundreds who attended, quite a few heard of the elusive, yet ever-friendly character after whom the restaurant is named — J.B. Bamboozles.

“Everyone tells a different story about J.B.,” Rimanelli said with a telling smile. “J.B. is a (fictional) character that went around bamboozling people all over the world.”

Although J.B. is made up, the man with a four-leaf clover in his hat and toothy grin is so ingrained in the pub’s identity and culture that many people come back for more – more food, more drinks and more stories of what makes J.B. who he is, Rimanelli said.

“The wonderful thinking abut J.B. Bamboozles is people can sit and talk about it and the story just grows,” she said. “Our tagline is, ‘If it ain’t fun we just don’t do it.’ Because J.B. was a lot of fun and he was just a trickster and a jokester but he acquired great wealth.”

Although J.B. bamboozled people, the folklore goes that he settled down in Dearborn and gave back to the community. He might have died and was buried underneath the pub and grille, but that is just another version of the story.

“He was a very community-oriented person,” Rimanelli said. “He gave up bamboozling and gave to the community in the end. And that is what we want to do here, give back to the community.”