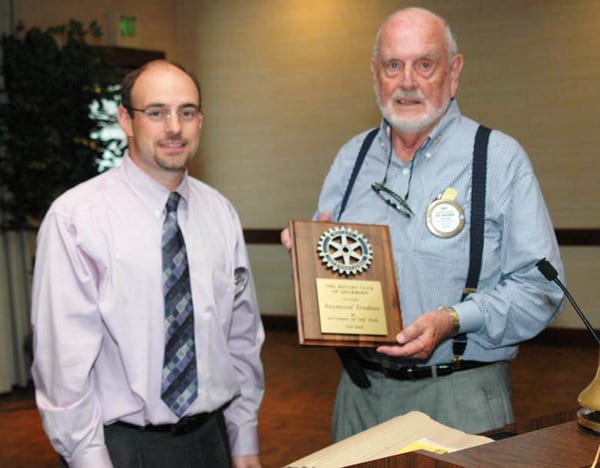 DEARBORN – The Rotary Club of Dearborn honored Raymond Trudeau as its Rotarian of the Year at a recent club meeting.

Jim Thorpe, the club’s president-elect and chairman of the selection committee, described Trudeau’s service to the club over the past 33 years.

Among his many efforts on behalf of Rotary, Trudeau has participated in numerous Rotary district conferences, organized the collection of phone calling cards for soldiers program, and spearheaded the Children of the Dump “Beads for Hope” project that supports the Rotary Village in Nicaragua. Trudeau travels to Nicaragua up to four times a year on behalf of Rotary International projects.

Trudeau is a club past president and actively recruits new members. He also supports many club projects, including “Santa Snaps,” a major fundraising event during the annual Wayne County Lightfest.

Trudeau accepted the award with a modest “thank you.”