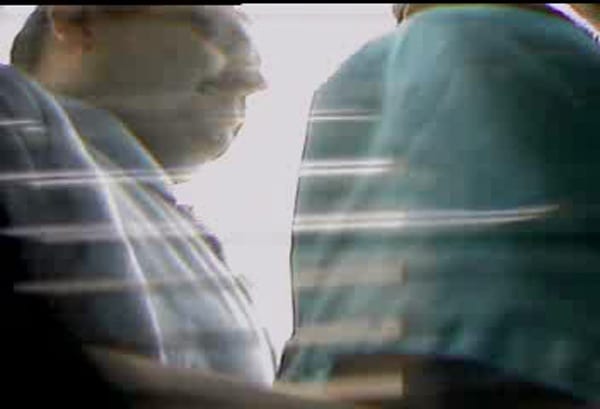 Photo courtesy of the Dearborn Police Department
Dearborn police are looking for a man (left) accused of stealing money from a bank customer at a Chase Bank ATM.

At 12:07 p.m. Sept. 24 at Chase Bank, 14901 Ford Road, police said a woman was using the ATM when a man approached her from behind and demanded money from her, which she gave him, according to a police press release.

The suspect — described as a white man, about 5 feet 10 inches tall, heavy set, with dark brown hair and wearing a blue shirt and jeans — then left in an unknown direction driving an older, dark green Chevelle, with rust spots on some parts of the vehicle, according to the release.

The suspect allegedly held an unknown object against the victim’s back.

Anyone with information about the incident may call the Dearborn Police Department’s tip line at 313-943-3012.