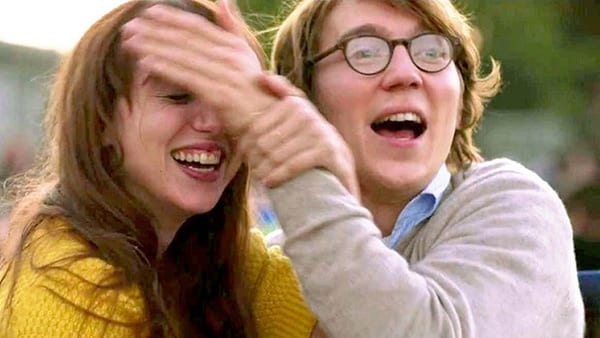 PICKS OF THE WEEK
“The Campaign” (R) — Will Ferrell and Zach Galifianakis face off as two satirical politicians fighting in a North Carolina congressional race. Ferrell plays the incumbent, Cam Brady, a moron prone to public embarrassment. Galifianakis plays the opposing Marty Huggins, a thin-voiced housecat of a man. He’s pushed into the campaign by evil CEOs eager to replace Brady with a more obedient tool.

Ferrell and Galifianakis do their character bits well enough for an hour and 25 minutes, so you’ll laugh at least a few times. Don’t expect any piercing or insightful takes on the modern political landscape. The movie is generous with physical comedy, light on satire.

“Safety Not Guaranteed” (R) — Short on ideas and brimming with cynicism, a group of Seattle magazine reporters are assigned to do a story about some local weirdo. Somebody posted in the classifieds section that they were seeking a partner for time travel. Aubrey Plaza (the brooding, adorable, sarcastic young secretary from TV’s “Parks and Recreation”) shows her dramatic talent as the intern tasked with earning the “time traveler’s” trust.

The result is a funny, unique comedy with some great performances. Mark Duplass plays an earnest and likable grocery clerk who believes he’s cracked the mystery of time travel. It’s not a big-budget flick, but the movie has heart and grabbed attention at Sundance.

“Ruby Sparks” (R) — Calvin (Paul Dano) is a young writer struggling to write a follow up to his early success. As a writing exercise he invents Ruby Sparks, the perfect fictional girlfriend. One day he wakes up and Ruby (Zoe Kazan, also the screenwriter) is a real woman in his life. She’s sweet and quirky and everything he’s written about her is true. Surprisingly, the film avoids a trite romcom fantasy approach (this isn’t “Mannequin”). The movie gets deep and explores themes about love, control and expectations as Calvin sees his dream girl as a flesh-and-blood person. Dano and Kazan bring so much chemistry that it’s no surprise they’re also a couple off-screen.

“First Position” (NR) — This documentary follows six kids from vastly different backgrounds who put their hopes and dreams into ballet. Top-tier ballet requires that dancers undergo intense training from a very early age. Without any interest or prior knowledge of ballet, you can be taken in by their stories. Ballet demands determination and sacrifice, and the film shows the level of endurance and physicality that dancers must possess.