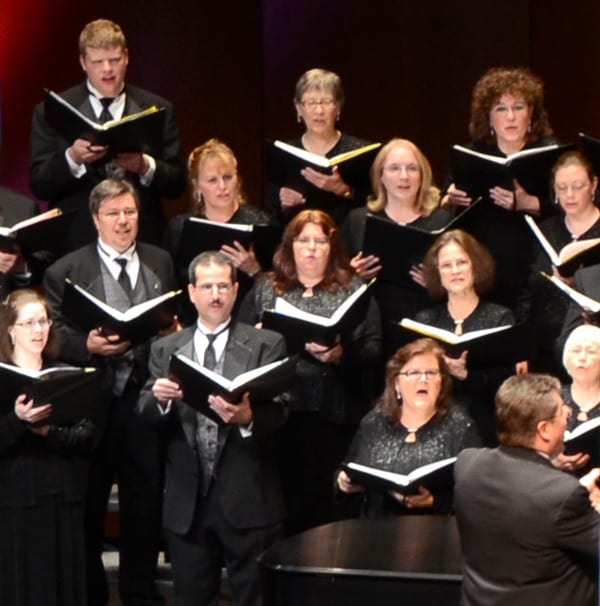 Take a magic carpet ride with the Dearborn Symphony from the Wild West to ancient Arabia Friday at the Ford Community & Performing Arts Center. Under the direction of Conductor Kypros Markou, the concert begins at 8 p.m. following a humorous free preview of the evening’s music at 7 p.m. by James Walters, a musician and Dearborn music teacher.

In his autobiography, Copland said: “I was wary of tackling a cowboy theme … When I suggested that, as a composer born in Brooklyn, I knew nothing about the Wild West, Lincoln informed me that (the) scenario for Billy the Kid was based on the real life story of William Bonney, a notorious cowboy who had been born in New York!”

Copland recreated the cowboy spirit and western flavor by incorporating fragments of cowboy tunes and American folk songs to tell Billy’s story with music that is energetic, vivid, and beautiful.

The musical story ranges from peace on “The Open Prairie,” to lively action in “Street in a Frontier Town,” to sinister in the “Card Game,” to rhythmic and percussive to simulate the “Gun Battle.” The townspeople rejoice in “Celebration After Billy’s Capture.” “Billy’s Demise,” the final section of the suite, repeats music from the introduction, but with different coloration to convey the idea of a new dawn breaking over the prairie.

Next up, Vanguard Voices joins the orchestra to premiere the orchestral-choral version of Dearborn native Steven Errante’s “Sing to the Lord a New Song.” Commissioned by Vanguard Voices in 2002 for choir and brass ensemble, the popularity of the piece resulted in an arrangement for full orchestra.

Vanguard Voices will remain on stage with the orchestra to sing “Glory,” the choral finale from Glinka’s Russian nationalistic opera “A Life for the Tsar.” The opera is based on the 17th century legend of a peasant named Ivan Susanin, who was executed for refusing to reveal the location of the newly elected 16-year-old Tsar Mikhail Fyodorovich to a Polish search party. “Glory” is the happy, triumphant celebration of the Tsar’s survival.

Vanguard Voices was founded in 1992 by G. Kevin Dewey, its artistic director. The 65-voice, adult mixed choir is sponsored by the Dearborn Recreation Department and is choir-in-residence at Henry Ford Community College, where Dewey is a member of the music faculty.

The auditioned group, whose members’ experience ranges from music professionals to dedicated amateurs, maintains a full performance schedule from September to June. Its repertoire spans the musical spectrum from Gregorian chant to jazz.

The concert’s magic carpet voyage climaxes with the dreamy, sultry Arabian nights of Rimsky-Korsakov’s “Scheherazade,” a musical recreation of the legend of the Sultana, whose husband, Sultan Schahriar, believed that women are deceitful and faithless and vowed to execute each of his wives after the first night.

To spare more girls from execution, Scheherazade begged her father to offer her in marriage to the Sultan. Every night she would tell him a story but stop just before the ending to be continued the next night. After 1,001 tales of fantasy and imagination and three sons later, he had grown to love and trust Scheherazade and revoked the death sentence.

The voice of the storyteller, Scheherazade, is portrayed bewitchingly by the concertmaster’s solo violin. You can almost hear her tales in the four-part musical voyage that begins with Sinbad’s ship in full sail. The stern Sultan is portrayed by the brass section. Infused with exotic Near Eastern moods and the subtle flavor of Russian folk music, the instrumental colors are vivid and spectacular, the tone qualities lush and ravishing, and the melodies are full and sensual.

The Dearborn Symphony has partnered with local restaurants for “Dinner and a Concert.” The restaurants offer a 20 percent discount to symphony ticket-holders on concert nights.

Season sponsors include Ford Land and Dearborn Sausage Co. This concert is sponsored in part by the Dearborn Symphony Endowment Fund.