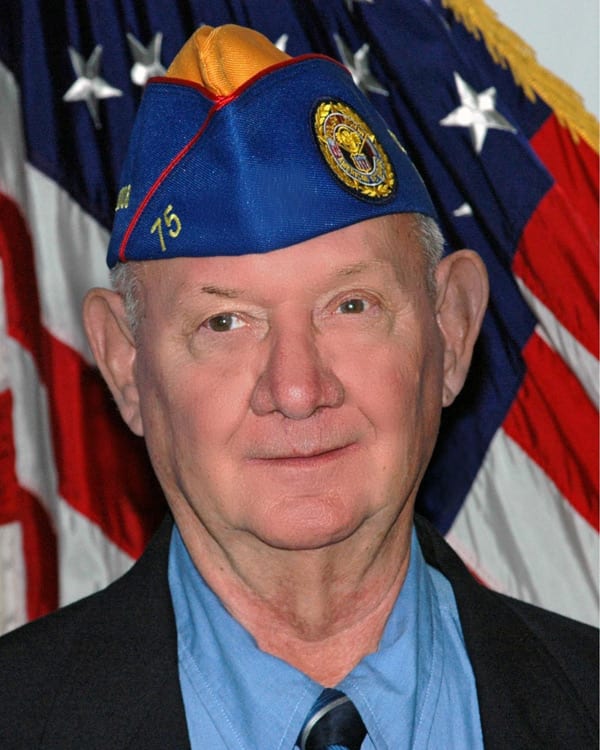 Przebienda will be honored during the city’s Veterans Day ceremony, at 11 a.m. Nov. 11, in the City Council Chambers at Dearborn City Hall, 13615 Michigan Ave. The public is invited to attend.

Przebienda said he appreciates the honor and thanks the DAWVC Veteran of the Year Selection Committee for the recognition.

“I’m very happy,” he said. “When I first heard the news, I felt, ‘Why me, Lord?’ I was surprised. I’m not an outgoing person. I just do what needs to be done for veterans.

“I could never deserve what you’ve giving me but I am thankful,” he said.

The selection committee, comprising past DAWVC veterans of the year, cited Przebienda’s major commitment to veterans, including 888 hours of volunteer service.

John Ruselowski, the 2005 Veteran of the Year, nominated Przebienda for this year’s honor.

“Richard has over many years contributed hundreds of unselfish acts of dedication and devotion to the veteran patients at medical hospitals in Detroit and Battle Creek,” Ruselowski said. “He is well-deserving. His personal commitment to servicing community and state veterans and their dependents is well-documented.”

“He is one of the most active veterans’ advocates in Dearborn,” Terry said. “He’s conscientious and selfless in his efforts. He delivers Polish dinners, clothes and gifts to veterans as far away as Battle Creek and, in particular, he’s done so much for hospitalized veterans. He’s an outstanding individual who definitely walks the walk.”

He serves on the PLAV Post 75 Ritual Team and is a member of Disabled American Veterans 51.

Przebienda has held multiple leadership positions, including: state commander for the PLAV, 13 years as commander of PLAV Post 75; three years as DAWVC quartermaster and another term as DAWVC commander.

“It started almost 30 years ago,” said Przebienda. “I joined the Ritual Team helping veterans with funerals. I was so young, they were calling me boy. You have to learn fast.

“Besides military funerals, we were invited to parades and other ceremonies. You expose yourself to things happening to and for veterans, good and bad,” he said. “The more organizations I belong to, the more support I can give.”

“I’m a veteran and a volunteer fighting the enemy of loneliness,” Przebienda said.

While serving overseas, he contracted tuberculosis and was sent to a VA hospital for six months of treatment. He eventually lost a kidney.

“Hospitals are a necessary — and also a very sad and lonely — place,” he said. “You wait for meals and associate with other people who are sick, hoping you can get well and get out.

“I have never forgotten the visits by the volunteers and I never will. Their visits brought a smile and laughter, the best medicine.”

That experience motivates his passion today.

“Ten years of entertaining and volunteering at VA hospitals is my payback for when people took care of me,” he said.

“I’m happy to show them that people care. Victory is won when a smile and a thank you from a hospitalized veteran is yours to cherish. I know this is true.”

Przebienda sells poppies every year around Memorial Day and uses the money he raises to purchase items for patients. “These gifts come from the generosity of many.”

He loves his volunteer work and encourages others to do the same. “It is hard when you visit veterans on the long term wards and over time they pass away. But I do believe we contribute to their happiness.”

Military Service
Przebienda joined the Navy at 17. He served as a fireman aboard the oil tanker USS Severn, was deployed to the Mediterranean in 1956 and left the military when he was 20.

“I joined the Navy when I was still a teenager to change my life, see the world and have an exciting time. They cut off my hair and I lost my identity instantly,” he said.

“I became part of a whole, part of my country. Suddenly, everything seemed more important. I remember wearing my uniform and coming home to visit my grandparents. Their happiness made me glad that I joined.”

Connected to future generations
Przebienda retired in 2001 as an IT Division manager at Chrysler Corp. He now also works to establish strong community values in the next generation.

He and his wife, Ruth, volunteer with the Polish Legion’s “Americanism” program, visiting sixth- and seventh-grade classrooms encouraging students to participate in essay and poster contests centered on patriotism.

Ceremony
Przebienda, who says his whole life is devoted to taking care of veterans, will speak at the Veterans Day ceremony.

Przebienda thanks Ruth, his wife of 53 years; his sons, Paul and Richard Przebienda; and daughters, Ruth Sudduth and Rita Makulski.

“My beautiful wife has been behind me 100 percent,” he said. “Without my family I wouldn’t have been able to accomplish half of what I’ve done. My family worked with me when I first started at the Polish Legion and made my life so much easier.”

Ruth Przebienda is president of the PLAV Chapter 75. She joins her husband in his visits to patients.

In honoring a Veteran of the Year, the DAWVC raises awareness of the volunteer efforts of local veterans and thanks them through mentor, peer and community recognition.