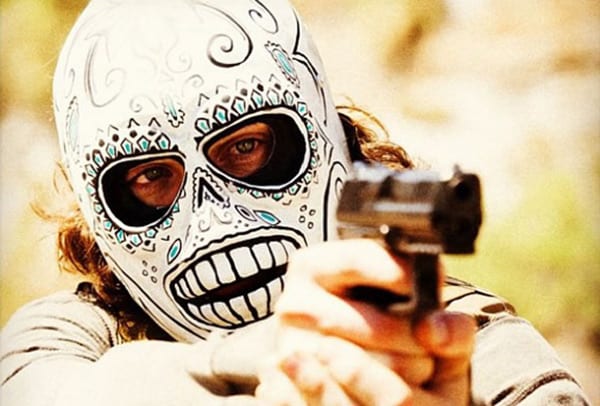 PICKS OF THE WEEK
“Brave” (PG) — Pixar’s latest release goes into a mythical Scottish setting to tell the story of a headstrong, red-haired lass. Merida (voiced by Kelly MacDonald), is a princess who doesn’t want to do the whole princess thing. Merida tries to thwart her own arranged marriage. When that doesn’t work, she tries to use dangerous magic to change her fate.

While “Brave” has its strong points, it falls short of Pixar’s greatest hits. The pacing can get on your nerves, for example. The tone can get a little dark. It’s not enough to scare the kiddos or keep them from enjoying the tale. It’s a pleasant departure from the typical princess story with a good helping of slapstick comedy and amazing visuals.

Stone knows how to keep you watching. Hayek’s evil narco-empress is chilling and also very hot. However, Lively was given voice-over duty, and her voice and the things she says soon become tiresome. You may wish you didn’t want to keep watching.

“The Watch” (PG-13) — Four suburban guys (Vince Vaughn, Ben Stiller, Jonah Hill and Richard Ayoade) looking for an excuse to hang out form a neighborhood watch and wind up in a showdown with alien invaders. It’s a simply silly concept that could pass or fail based on the comedic riffing of the stars. It’s a fail. The jokes are lazy, the script is tedious. Whether it was the acting or the direction, the funny men just aren’t at their best. There’s no room for wit or originality to blossom when the script is overflowing with anatomy jokes.

“Pixar Short Films Collection 2” — As much as Pixar has a great record with feature films, it also knows how to put a lot of heart and art into a featurette. This collection of animated shorts includes “La Luna,” “Day and Night” and “Presto.” Each one is about five minutes of high-quality animation. The shorts were released with major Pixar films, but this collection puts them on one disc and adds value. The collection also includes older shorts from Pixar’s animators and creative directors, as well as information about how they got their start.