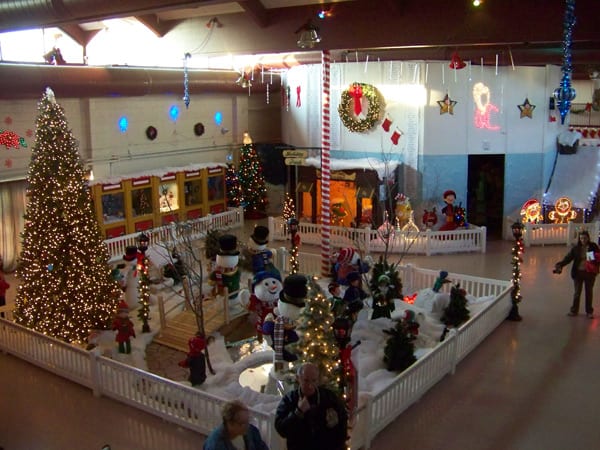 Photos by James Mitchell
Last year more than 19,000 visitors made Fantasyland part of their holiday tradition, enjoying the colorful displays and visits with Santa. The community staple opens Saturday for its 49th season in Lincoln Park. 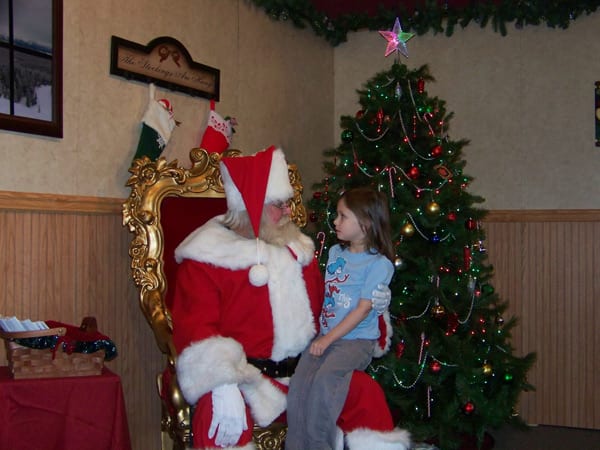 By JAMES MITCHELL
Sunday Times Newspapers
LINCOLN PARK — Whatever the Lincoln Park Chamber of Commerce does with Fantasyland, it’s working. Volunteer Mare Mitchell said the 2011 version of the holiday attraction proved the most popular yet.

“We had 19,000 visitors last season,” Mitchell said. “It broke the all-time record, which we’re very proud of.”

Approaching a half-century as a community tradition, Fantasyland opens Saturday with the simple goal of maintaining what people want and expect.

The Christmas village display began in 1964, and fills the Kennedy Memorial Building, 3250 Ferris (off Fort Street between London and Merrill) with exhibits, holiday lights, animatronic characters and a display by the Lincoln Park Train Club. Santa Claus will be a regular presence, and photos with children are available for $3.

Fantasyland has become a part of local holidays and Mitchell said that the challenge is to balance adding new touches with giving the people what they want — and remember. Longtime visitors include those whose eyes first sparkled at the sights as youngsters now bringing their own families, kids and grandchildren.

“We get three or four generations coming in,” Mitchell said. “A lot of people like to see the same old thing, and we have visitors who want to see new things. We try to get a good balance and are always updating.”

Preparing for the 49th season of Fantasyland is left to an all-volunteer crew, many with the Lincoln Park Chamber of Commerce and others, including Mitchell, who are simply part of the Fantasyland family. Final touches were expected to be completed last week in time for the post-Thanksgiving opening.

Fantasyland opens at 5 p.m. Saturday. Hours will be from 4 to 8 p.m. Monday through Friday, 2 to 8 p.m. Saturday and Sunday and from 10 a.m. to 2 p.m. on Christmas Eve, the final day. Admission is $1, maintaining the family-friendly philosophy (babes in arms are admitted free).

Mitchell said there will be a few new touches to Fantasyland — with some animated figures making their debut — along with old favorites including the “Night Before Christmas” room and a display of items from the film “A Christmas Story.”

The event brings in local children along with former residents who make a point of returning to their hometown and sharing holiday traditions with their families. Mitchell said that creating those memories is a labor of love for the volunteers.

“We have a very small but very dedicated staff,” Mitchell said. “We work very hard to make it as beautiful as it can possibly be.”