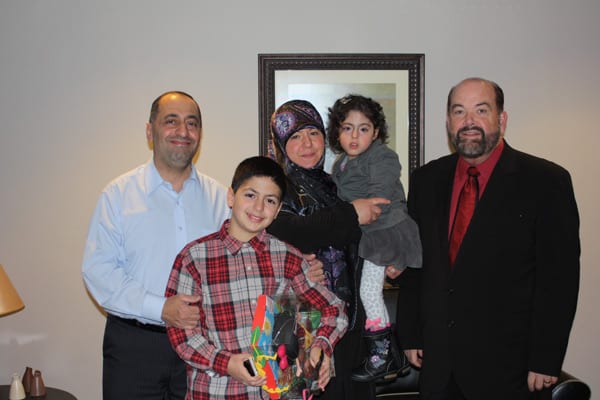 Photo courtesy of the city of Dearborn
The city of Dearborn signaled the beginning of the Christmas holiday season with the lighting of the Christmas tree at the Ford Community and Performing Arts Center on Nov. 20. Each year Mayor John O’Reilly Jr. (right) invites a special guest to be the honorary assistant. Five-year-old Fatima Jalloul (fourth from left), kindergartener from Lowrey School, helped light the tree this year. The mayor presented her with the gift of a La La Lopsy Doll to thank her for her role in the community event. Joining Fatima at the presentation are her father, Bilal Jalloul (left); her brother, Mashi Jalloul; and her mother, Safaa Jalloul.