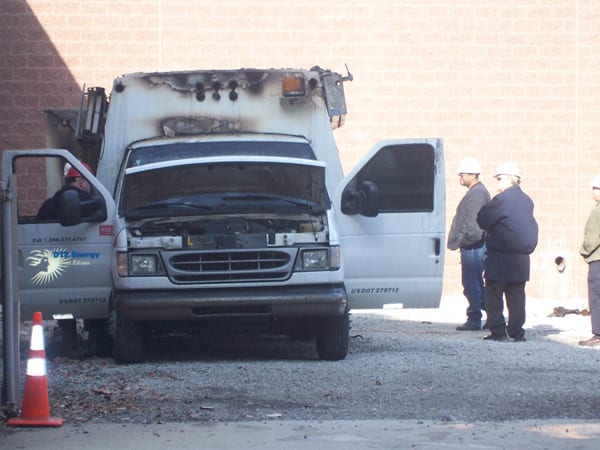 Austerberry said neighborhoods near the surrounding substation lost the most power and that DTE Energy workers de-energized the substation to make the site safe for firefighters and protect electrical equipment. After firefighters extinguished the fire, they cordoned off the area and nearby streets.

Dearborn Fire Department Capt. Robert Cunningham, who was at the scene during the fire, said the fire department sent out fire trucks to extinguish the fire and checked the substation.

Cunningham said he does not know what caused the truck to catch on fire but the fire inspector investigated the matter and he will make a determination of the fire.

Cunningham said he does not believe anyone was in the truck at the time.

“From my observation the truck and paint on the outside of substation is what got damaged,” Cunningham said.

Cunningham said the rear of the truck was against the substation, which partially caught on fire.

The power outage affected the traffic lights down Michigan Avenue, past the Westborn Mall and near Dearborn Heights. On Michigan Avenue and Howard, a Dearborn traffic safety officer directed traffic and pedestrians crossing the street.

Virginia Ramsey, a cashier at Exxon Mobile Gas Station, 23405 Michigan Ave., said the power went out while she was behind the counter.

“I can only sell drinks and chips to customers,” Ramsey said. “They are not mad because there is a power outage everywhere, but I think they are mad because they cannot get gas.”