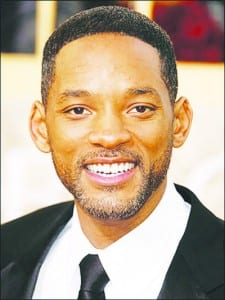 HOLLYWOOD — Whoever came up with the saying “Everything old is new again” knew what they were talking about. Before TVLand came up with their own original “old” programming such as “Hot in Cleveland” and “Happily Divorced,” it made its name airing reruns of classic old series such as “Roseanne.” Then the Hallmark Network came along and ran endless episodes of “The Golden Girls,” “Frasier,” “The Brady Bunch” and “Happy Days.” Now cable stations are popping up all over with some of the best and worst series ever made. Antenna TV runs “Gidget,” “The Monkees,” “The Partridge Family” and “The Flying Nun,” all produced by Colombia Pictures, which Sony bought.

METV is making its ratings with “The Mary Tyler Moore Show,” “The Dick Van Dyke Show,” “The Odd Couple,” “The Bob Newhart Show,” “The Big Valley,” “Bonanza,” “The Wild, Wild West” and “Perry Mason.” Hub TV is showing a lot of “Alf,” “Hercules” and “Sliders,” while COZI is airing “Magnum, P.I.,” “I Spy,” “Lassie” and “The Lone Ranger.” Many people say they prefer these shows to the oversexed comedies and all the “CSI” and “Law & Order” shows of today. Find these stations and check out their programming … you might agree.

Movies are not immune to retreading either. The reissue of the original “Top Gun,” now in 3D, arrives Feb. 8. Then April 29, we’ll get the reissue of the original “Jurassic Park,” now in 3D, to be followed June 13, 2014, with a sequel, “Jurassic Park 4,” in 3D. Not to be outdone, “Scary Movie 5” arrives April 19 with Ashley Tisdale, Simon Rex, Molly Shannon, Heather Locklear, Jerry O’Connell, Lindsey Lohan, Charlie Sheen and Mike Tyson.

Meanwhile, a revival of “Annie” is packing them in on Broadway, and actor Will Smith will start production this spring on his own remake of the musical. Smith’s “Annie” will star his 12-year-old daughter, Willow, and some of the original score will be replaced by new music written by Jay Z. The script is being adapted from the film written by John Huston and Emma Thompson. Hmmm, I wonder if Willow Smith have red hair, as Annie was famous for?

It looks as if loyal fans of “All My Children” and “One Life to Live” will have their prayers answered. Actors from both shows have signed on to re-create their characters on a web series of each show. How they’re able to finance the web series leads us to wonder how much of a salary cut the actors had to take — and we do mean Susan Lucci! Luckily, “All My Children” had more than “One Life to Live.”