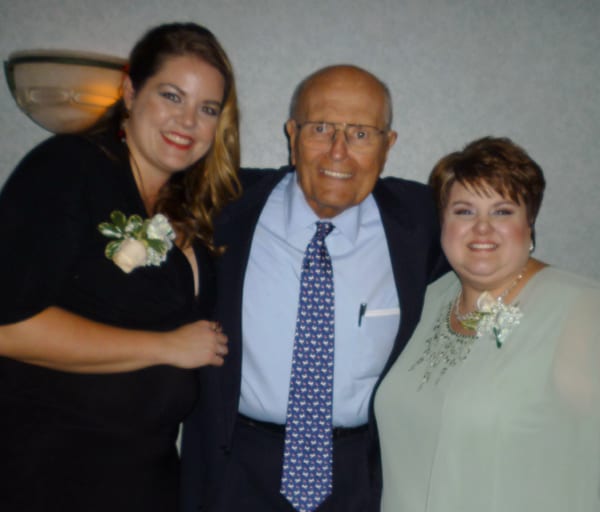 Tammy Torzewski Trudelle, executive director of the Downriver Council for the Arts, was named Wyandotte Jaycees Woman of the Year Feb. 16 at a gala honoring the 14 contestants who won Wyandotte Woman of the Year titles in a competition sponsored by the Women of Wyandotte organization.

As the winner of the Jaycee title, Trudelle is eligible to compete for the Jaycee Young Michigander Award in November and the Jaycees National Woman of the Year title.

Trudelle, who grew up in Wyandotte and has participated in the city’s programs and activities since she was a child, is known as a dynamic and passionate woman who loves Wyandotte.

In her role as executive director of the DCA, Trudelle has instituted many new classes and activities for children and adults of all ages. She also inaugurated a popular summer camp program. The winner is married to Jeremy Trudelle.

Recipients of the Allan, Bishop and Van Alstyne awards — were Paul, Grooms and Ronco, respectively.

In addition, a posthumous award honored Edna Elizabeth Kreger as the First Lady of Wyandotte. Kyla Zell, 13, a student at Wilson Middle School, received recognition for her anti-bullying essay.

A highlight of the evening was the unveiling of a painting by artist Kathy Wade of Audrey Hepburn in “Breakfast at Tiffany’s.” The painting and a portrait of Lucille Ball, also by Wade, will be offered at an auction during a WOW fundraiser in April.

Wyandotte Police Chief Daniel Grant was master of ceremonies. Mayor Joseph Peterson was unable to attend because he was recovering from pneumonia.

Wyandotte City Councilwoman Sheri M. Sutherby-Fricke, founder of the Woman of the Year organization, chaired the second annual event, which was held at the Italian American Hall. An afterglow followed at Portofino’s on the River.

More than costumed members of the Trenton Rotary Club and the Downriver Youth Performing Arts Center will bring characters from children’s books to life for a Rotary Club literacy event on March 2 at the Westfield Center, 2700 Westfield, in Trenton.

Available for autographs and photos from 10 a.m. to 2 p.m. will be such characters as Cat in the Hat, Freckleface Strawberry, Pinkalicious, Rainbow Fish, Flat Stanley and Spiderman.

According to DYPAC spokeswoman Debbie Jackson, there will be readings throughout the day, book-related crafts and cookies. Cameras are encouraged, she said.

Admission is $5 or a new or used book, which will be donated to a school or child. Registration is not required.

Caregiving to be topic

A program on caregiving and avoiding caregiver burnout is scheduled for 6 p.m. Feb. 28 at the American House Riverview, 20300 Fort St.

Social worker Carol Waarala will be the speaker for the program, which will be presented by the Information Center and Odyssey Hospice. For additional information, call 734-282-7171.