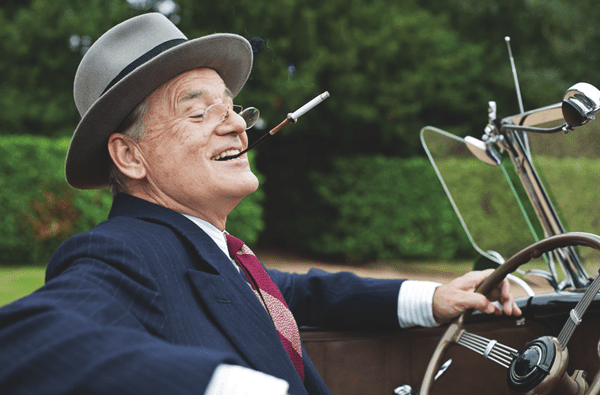 PICKS OF THE WEEK
“Hyde Park on Hudson” (R) — In 1939, President Franklin Roosevelt hosted the first visit by ruling English royalty. This movie peels open this intriguing bit of history and seeks to make it as bland and boring as possible. The story comes from the perspective of Daisy (Laura Linney), a distant cousin of FDR (Bill Murray) — and apparently one of his girlfriends. Daisy is an unassuming American gal surrounded by power — and she’s utterly insufferable as a POV character.

I would say it’s not anybody’s fault that this movie is so lame. None of the characters are fully realized. Murray tries to bring FDR to life, but the script won’t allow it. Something about the pacing left little time for interesting drama. In a film about history, culture clash and big personalities, they somehow forgot the personality.

“The Sorcerer and the White Snake” (PG-13) — This Chinese fantasy-romance sheds a new light on human-demon relationships. Xu (Raymond Lam) is a humble herbalist who is saved from drowning by the gorgeous Susu (Eva Huang), and quickly falls in love. Too bad she’s a snake demon in human form — although she’s a nice demon and her love for Xu is real. Their happy home is threatened by Fahai (Jet Li), a white-robed monk who sniffs out and banishes demons.

This is not a bone-crunching kung-fu-on-wires movie like American Li fans are used to seeing. While martial-arts and flight play a big role, it’s more of a big-screen folk tale. The computer graphics are amazing, but maybe not put to the best use. The action and magic sequences are so overwhelming that it’s hard to feel involved.

“Orchestra of Exiles” (NR) — As Nazism took hold of Germany, renowned violinist Bronislaw Huberman began a courageous mission to get Jewish musicians away from their persecutors. This documentary tells the story of how Huberman formed the Palestine Philharmonic orchestra by helping musicians and their families leave Germany, saving the lives of about 1,000 people along the way. It’s not the most gripping film, but it’s an interesting story brought to life with intricate detail.

“In Another Country” (NR) — In a small beach town in South Korea, three strikingly similar stories take place, though none of them seem to conclude. Isabelle Huppert plays three different characters, all of them named Anne. The three Anne’s have different personalities, yet seem to experience similar conversations, situations and people. This English-language creation by Korean director Sang-soo Hong completely ignores conventional storytelling. It’s just odd and engaging enough to keep you watching, if you’re feeling up for something just a little different.