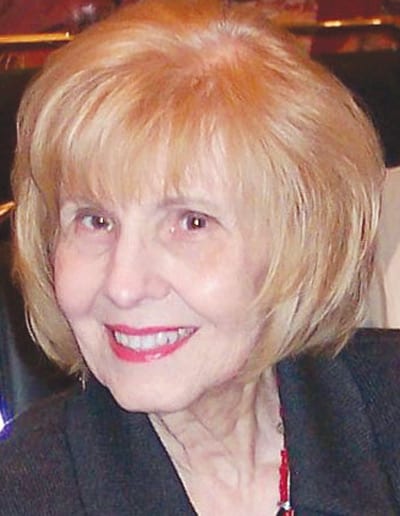 By Evelyn Cairns
Pianist Ralph Votapek, who made his debut at Carnegie Hall after winning the first Van Cliburn International Piano Competition in 1962, will be the guest artist at a Southern Great Lakes Symphony concert April 21 in Flat Rock.

The performance, titled “Happy Anniversary, Ralph,” in recognition of the milestone in Votapek’s life 50 years ago, will take place at 3 p.m. in the city’s community auditorium at 25600 Seneca.

Concertgoers will pianist during an afterglow dinner at Fratello’s restaurant, 4501 Fort St. in Trenton.

Votapek, professor emeritus of piano at Michigan State University, has played with the Philadelphia, New York and Los Angeles philharmonics; the Boston Pops; the Pittsburg, San Francisco, Houston, Dallas, St. Louis and Chicago symphonies, and numerous other ensembles in the United States and abroad.

The pianist is frequently joined on stage by his wife, Albertine, in two-piano and four-hand performances.

Ford Estate dinner slated
The Dearborn Inn will be the setting April 12 for the 25th Annual Henry Ford Estate Dinner Dance, celebrating the 150th anniversary of the auto pioneer’s birth and the future of the estate.

The black-tie fundraiser, which annually attracts some 500 estate supporters and Ford Motor Co. suppliers, will begin with cocktails at 7 p.m., followed by dinner, dancing and an afterglow.

Jane and Mark Fields are chairs, Tony K. Brown, is vice chair, and Cynthia and Edsel Ford are honorary chairs.

Among other events to be held in conjunction with the Henry Ford anniversary are an art exhibit April 10 and 11 and a Heritage Day luncheon on May 4.

The art exhibit will be sponsored by the Artist Society of Dearborn and the Historic Ford Estates at the Henry Ford Centennial Library, 16301 Michigan Ave. There is no admission charge.

Law Center forum is set
A forum for prospective foster or adoptive parents will be held April 8 in Lincoln Park under the auspices of the Michigan Children’s Law Center and the city’s Ministerial Association and Exchange Club.

The forum, titled “Foster Parenting and Adoption: A New Beginning for Abused and Neglected Children,” is slated for 6 p.m. at the Bethel Assembly of God Church, 2984 Fort St. Refreshments will be served.

Presiding Judge Christopher Dingell of the Wayne County Juvenile Court will join child attorneys and adop-tion and foster-care specialists to discuss and answer questions about related rules and procedures. Adoptive and foster parents will be present to talk about their experiences.