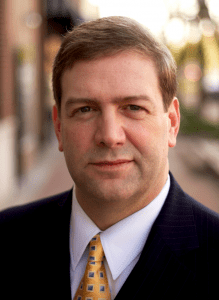 While a gas tax is a sounder economic proposal because roads should be a priority and it is a user fee, the state should not be burdening Michigan taxpayers without looking to cut elsewhere first, such as reducing the state income tax, repealing the state’s prevailing wage law, or eliminating underperforming MEDC programs.

(Editor’s Note: This commentary is adapted from a blog post that was originally published March 1.)

By MICHAEL D. LaFAIVE
The Michigan Senate recently tabled a proposal by Gov. Rick Snyder to raise the state gas tax and vehicle registration fees. Republican lawmakers have reportedly countered with a tax increase proposal of their own. Both sides are justified in proposing more road spending. State legislators, however, should ensure that any increase in transportation taxes is offset by cuts in taxes and spending elsewhere.

The governor’s proposal is a mixed bag. To his credit, he is making Michigan’s roads a legislative priority. Moreover, he is tying new monies to gas taxes and registration fees. Both items are akin to fees for road use: They will tend to raise more money when road needs go up, and they will tend to raise that money from the very people using the roads most.

Unfortunately, the governor would raise the overall burden on Michigan taxpayers by an additional $1.2 billion a year: $728 million from a motor fuel tax hike (including a gas tax increase from 19 cents to 33 cents per gallon), and $508 million from an estimated 60 percent increase in the typical driver’s vehicle registration fees.

Levying the tax without other reforms is problematic. It digs into taxpayer pockets when offsetting spending cuts are possible elsewhere. Such cuts would permit reductions to, say, the state’s personal income tax. Lowering the income tax by $1.2 billion, the amount of the proposed transportation spending increase, could be achieved by cutting the current 4.25 percent rate to approximately 3.6 percent.

And legislators clearly think money is available elsewhere. For instance, the Senate has passed bills designed to effectively lower the 6 percent general sales tax for cars and recreational vehicles only. The Senate Fiscal Agency estimates that this exemption will lower revenues by $41 million in the first year alone and by as much as $233 million in fiscal 2023. Presumably, lawmakers could forgo creating this tax loophole and redirect the $41 million in implicit spending cuts to roads instead.

With this $171 million dedicated to roads, the state would not need to find the entire $1.2 billion to provide offsetting tax cuts. In particular, if the $171 million discussed above were deployed to lower the $508 million taxpayer burden produced by the proposed registration fees, the Legislature would need to find only $337 million more to offset the fee increase.

• Redirect Indian gaming money from the Michigan Economic Development Corp. to road repair: estimated savings, $43 million. This figure is the MEDC’s own conservative estimate of gaming revenue available. The MEDC oversees the state’s “jobs” creation programs and has a long history of failure. Redirecting this money to road repair may actually help the state’s economy.

• Devolve State Police road patrols to county sheriffs: estimated savings, $65 million. The state could transfer its road patrol duties to counties, offer the counties a grant equal to sheriff-related patrol costs and still save tens of millions. The $65 million estimate comes from 2003, when a Mackinac Center analyst first proposed the concept.

• Redirect 21st Century Jobs Fund money to road repair: estimated savings, $75 million. The MEDC’s Jobs Fund was conceived as a way to create high-technology employment, but reports on the program’s performance by the Detroit Free Press and the Mackinac Center’s Michigan Capitol Confidential have not been positive.

These cuts provide a total of $344 million in money that can be reassigned to roads, more than offsetting the remaining $337 million in proposed registration fees.

Of course, the $728 million in motor fuel taxes remains. We’ll deal with spending cuts equal to that amount in subsequent pieces; dozens of other ideas are available.

There’s a lot of good news surrounding the debate over road repair. Roads are now a priority, and lawmakers are not sold on a net tax and fee hike. The ideas listed above — with more to come — are designed to help keep it that way.

(Michael D. LaFaive is is director of the Morey Fiscal Policy Initiative at the Mackinac Center for Public Policy, a research and educational institute headquartered in Midland.)