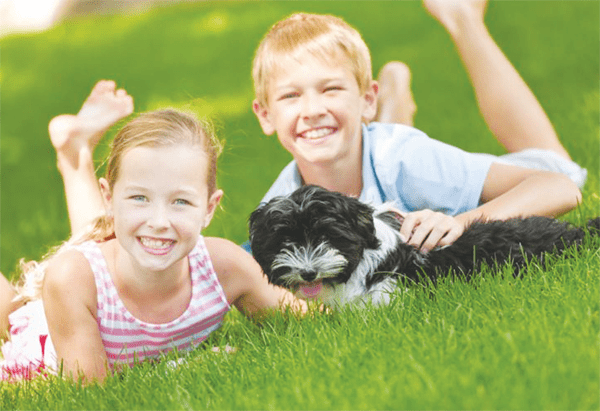 Photo by NewsUSA
What do you use to keep your lawn green?

(NewsUSA) — According to reports, last year’s lack of rainfall, combined with the blistering heat, caused a moderate to severe drought that affected up to 63.5 percent of the contiguous U.S. It may have been the worst heat and drought Americans have experienced in nearly 50 years.

But will the severity of 2012’s dryness repeat itself? Will this be the “new summer norm” that farmers and homeowners alike should expect? If watering restrictions once again go into effect, is there anything a homeowner can do to have a lawn that doesn’t turn into the color and consistency of straw?

Relief is on the way. At the Zoysia Farms Nurseries in Maryland, a lawn grass called Amazoy Zoysia has been produced that will not only withstand extreme heat and drought, it will actually thrive.

Amazoy Zoysia is very different from the typical grass planted from seed. It’s a lawn grass planted with living plugs, which are harvested fresh from Zoysia farms and then shipped to homeowners at the correct planting time, depending on the area.

“The hotter it gets, the better it grows,” said John Ridgway, spokesman for Zoysia Farm Nurseries in Taneytown, Md.

For homeowners plagued by high water bills, continuing drought conditions, blazing heat and little time available for lawn maintenance, Amazoy Zoysia has turned out to be a blessing.

One added benefit is that the grass grows into a “thick, soft, weed-free carpet that feels great in bare feet” without needing applications of chemical fertilizers to feed the grass or kill weeds. So, it’s kid-friendly and pet-friendly, not to mention healthier for the environment. Plus, because of its thickness, it’s perfect for high-traffic areas. It even grows in partial shade.

“After you plant the freshly harvested Zoysia plugs,” Ridgway said, “an amazing thing starts to happen. It actually grows differently than ordinary grass because it sends out runners or stolons that expand sideways rather than growing tall.”

No one can predict whether 2013 will see the repeat of drought conditions in dozens of states across America. But the signs of global warming continue to be ominous, and the new “norm” might just turn out to mean bristly grass for millions of homeowners, unless they plant Amazoy Zoysia.