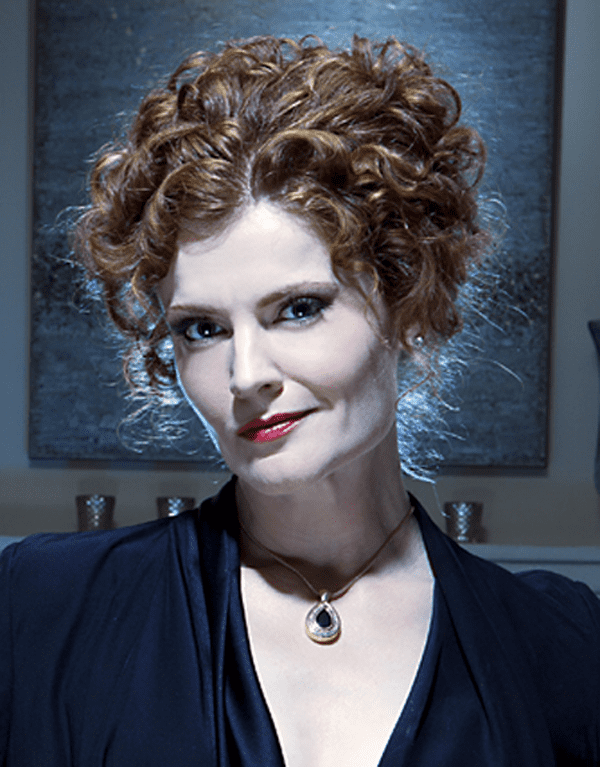 Q: So far, my favorite new show of 2013 is “Devious Maids.” Can you give me any clues as to what to expect for the rest of the season, especially for my favorite character, Evelyn Powell? — Kimberly T., St. Louis

A: You’re not alone, Kimberly. The Lifetime network show is breaking records and taking names; since its debut in June, each week has seen a steady increase in viewers, myself being one of them. And I also can’t get enough of Evelyn Powell, and especially her scenes with husband Adrian. That’s due in no small fact to the fabulous writing and the breathtaking acting by Rebecca Wisocky and Thomas Irwin.

I spoke with Rebecca recently about all things “Maids” (and a little about her stint on another fave of mine, “True Blood”), and she had lots to say. About what to expect for the season finale: “A lot of things come to a head between her and Adrian. I will say that the season opens with a great big chaotic, glamorous party at the Powell house, of which there are many. And the season also closes with a big, large, gorgeous, chaotic party at the Powell house. And equally dramatic things transpire.”

As for Evelyn’s future in season two, Rebecca is content to leave everything in Marc Cherry’s very capable hands: “I’m sure Marc probably has a lot of ideas. I imagine that I’ll hear some of them soon. And from my perspective, whatever he writes for me is going to be gold. I think he has a love for this character, and I’m very grateful for that. Whatever direction he decides to go, I’m on board.”
***
Q: Can you tell me what to look forward to in the next season of “The Mindy Project”? Will she still be with Casey? — Deanna W., via e-mail

A: Well, it looks as if Mindy and Casey might be kaput after returning from their yearlong goodwill trip to Haiti. “Justified” star Timothy Olyphant has signed on to guest star as a love interest of Mindy. Viewers will note that this isn’t Timothy’s first foray into sitcoms — he guest-starred on two episodes of “The Office” back in 2010.
***
Q: You mentioned a while back that “Eastbound and Down” had been resurrected for a fourth season. Can you tell me when it will premiere? — Donnie R., via e-mail

A: Danny McBride and his glorious mullet will be back for eight new raucous episodes beginning Sunday, Sept. 29, for its “epic final season” on HBO. Lindsay Lohan is set to make a cameo (as who, I won’t say, so as not to spoil it for you).