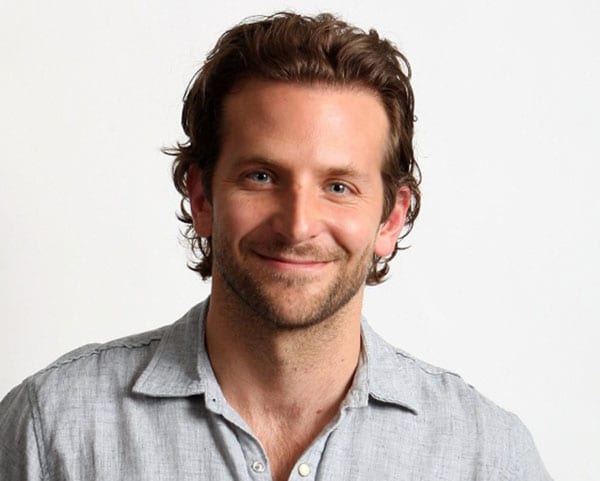 HOLLYWOOD — Bradley Cooper keeps getting nominated for awards, but as yet, hasn’t taken any home. Is he making a move to gain new respectability as an actor by taking on the title role of John Merrick in “The Elephant Man” on Broadway? He’ll appear later this year with Patricia Clarkson and his “American Hustle” co-star Alessando Nivola. Meanwhile, Hugh Jackman, who passed on returning to Broadway in a musical about “Houdini,” instead will do “The River” next year. It’s about a trout-loving loner and the two women in his life.
* * *
Robert DeNiro must be shocked that his film “Grudge Match,” with Sylvester Stallone, did so poorly at the box office. It cost $40 million to make and so far has not recouped its cost. DeNiro’s last film, “American Hustle,” cost $40 million but took in close to $150 million. Coming up he’s got the action/crime thriller “Motel” with John Cusack, the action film “Hands of Stone” with Ellen Barkin and Usher, and the Martin Scorsese film “The Irishman” with Al Pacino and Joe Pesci. And speaking of Pacino, he has the drama “Manglehorn” with Holly Hunter, and the comedy/drama “Imagine” with Jennifer Garner, Annette Bening and Bobby Cannavale in his future. Age isn’t slowing these great actors down.
* * *
One of our newest actors, Benedict Cumberbatch, must never rest. In addition to “Sherlock” on PBS, he’s starring with Gary Oldman (who’s also directing) and Ralph Finnes in “Flying Horse” with Keira Knightly; in “Imitation Game” as cryptographer Alan Turing, who was prosecuted for his homosexuality; and with Robert Pattinson in “The Lost City of Z” as Amazon jungle explorer Percy Fawcett, who searched for the lost city but never returned.
* * *
Arnold Schwarzenegger has successfully made the jump from California governor back to movie star. “The Expendables 2” cost $100 million and grossed $312 million, “The Last Stand” cost $30 million and made $50 million, and “Escape Plan” with Sylvester Stallone cost $50 million and grossed $134 million. His next $40 million epic is “Sabotage” with Sam Worthington, Terrence Howard and Joe Manganiello, due out March 24.
* * *
“The Man of Steel” is now “The Man from U.N.C.L.E”! Henry Cavill started shooting the Guy Ritchie reboot of the popular ’60s TV series in London. He’ll play Napoleon Solo, with “The Lone Ranger” Armie Hammer as Illya Kuryakin and Hugh Grant as Alexander Waverly, their boss, originally played by Leo G. Carroll. It’s still set in the 1960s Cold War era. The original series spawned the sequel “The Girl from U.N.C.L.E.” with Stephanie Powers and Noel Harrison. David Beckham is set for a small role in this film, and the upcoming “The Secret Service.” Soccer star Beckham acting? Hope we don’t have to say UNCLE!