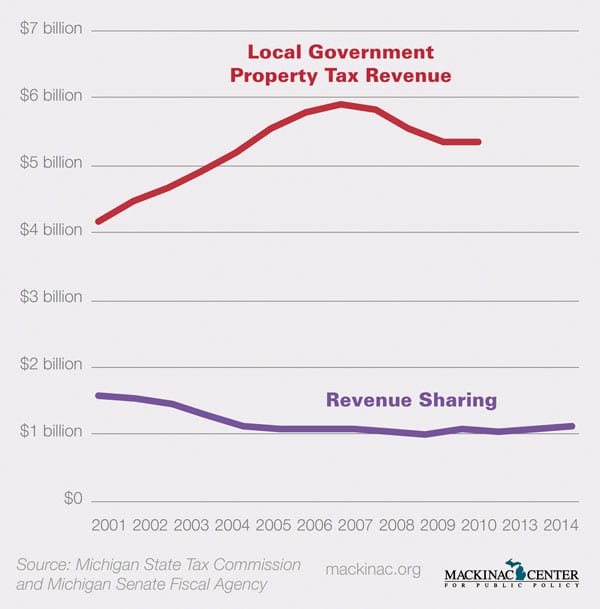 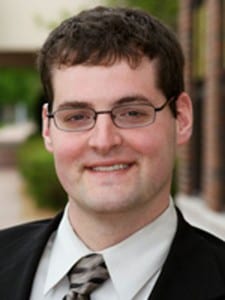 By JAMES M. HOHMAN
As local government officials cheered the full reimbursement of revenue loss due to phasing out personal property taxes, others questioned whether local governments require a new state funding source.

But local governments are not generally in need of extra funding: they are a unique example of (mostly) successful intergovernmental cooperation and a focus on giving residents more bang for the buck.

Local governments were well protected from Michigan’s general malaise during the 2000s. From 2001 to 2010 when the state’s economy lost 700,000 jobs, there was a general rise in the housing market, which increased property tax collections by counties, cities, villages and townships to the tune of $1.3 billion, a gain of 32 percent. While Michigan didn’t have the housing boom that a lot of other states experienced, it was at least enough to push up property tax revenue before the recession hit.

At the same time that local property taxes were increasing, the state budget was facing overspending problems. To divert dollars to its own programs, the state cut the amount it shared with local governments by $561.3 million from 2001 to 2010. At this point, local governments’ functionality was a lifesaver for drained state coffers.

The recession hit housing values hard. Lagging local property tax collections decreased by $203 million from 2010 to 2012, a 5.9 percent drop — a definite hit for local governments’ funding. Michigan’s other taxes, on the other hand, rebounded during this period and the state shared an additional $53.3 million in tax revenue with local governments over the period. The current budget increases revenue sharing by $86.4 million above that.

Local governments were therefore insulated from Michigan’s bad economy from 2000-2010. Tax policies later stepped in to delay the impact in property value losses.

Property tax revenue has been insulated from Michigan’s bad economy since 2000. Tax policies also delayed the impact of recent losses in property value. Once these recessionary losses were recognized, state policy filled in some of the gaps. Local governments’ funding, in fact, was treated far better than the private economy and state finances.

These numbers take cities, villages and townships as a whole, but there’s a lot of diversity among local governments. According to the 2012 Census of Governments, Michigan has 1,856 general purpose governments — 1,240 townships, 533 cities and villages and the state’s 83 counties.

Naturally, some local governments do better than others. Performance, however, is not the best indicator of funding. There are thousands of local government entities with varying degrees of exposure to swing in property taxes and state revenue sharing. Detroit, for instance, contains less than 7 percent of the state’s population but gets the majority — 58 percent — of the state’s optional revenue sharing payments.

Even with continually increasing costs for underfunded pension plans and health insurance, local governments by and large have risen to the challenge. Only 12 of the 1,856 governments have triggered emergency financial reviews, the first step in the state process that prevents insolvency. They’ve managed this through such active policies as balancing employment benefit programs, improving management, renegotiating contracts, attrition and productivity improvements and privatization.

What’s more, emergency managers across the state have found ways to address their situations without more money from the state. The city of Pontiac recently ended its financial emergency after the emergency manager contracted out services and sold assets. Services are improved and provided at a fraction of their previous costs.

In short, local government funding is not broken — it is, for the most part, functional. While the state hasn’t provided the kind of revenue local officials might like, the vast majority have dealt with significant pressures as well. Legislators should consider performance before rushing to reallocate taxpayer money.

(James Hohman is assistant director for fiscal policy at the Mackinac Center for Public Policy, a research and educational institute based in Midland.)