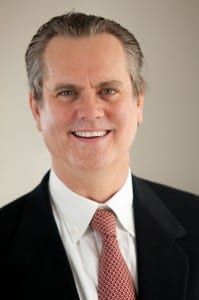 The nation’s oil and gas boom continues to pay off for most Americans. The motor club AAA reports that gasoline prices have hit a four-year low. And according to many analysts, prices are likely to keep falling. That’s the good news.

The bad news is the Environmental Protection Agency’s mandate to add ethanol to gasoline. The Renewable Fuel Standard (RFS) is intended to cut greenhouse gas emissions; in reality, this quota harms the environment by doing just the opposite. And by continuing to enforce the RFS, government officials are needlessly driving up prices for food and gasoline.

It’s time leaders admit that the RFS is a policy failure.

When lawmakers created the RFS in 2005, they made two incorrect assumptions.

First, they predicted that annual fuel consumption would keep growing indefinitely to require refiners to steadily increase the amount of renewable fuels blended into gasoline. Since 2007, however, U.S. gasoline consumption has fallen by 6 percent. As biofuel requirements increase, refiners are fast approaching the 10 percent “blend wall” — the maximum blend suitable for all vehicles on the road today. Regulatory inertia will soon render America’s gasoline dangerous to many car and truck engines.

Second, lawmakers failed to foresee the current domestic energy renaissance. The RFS was touted as a strategy for reducing America’s need for oil imports.

Yet America’s energy supply is no longer in question. Thanks to the shale energy revolution, the country has emerged as the world’s leading oil producer. By 2019, domestic production is expected to reach more than 13 million barrels a day.

Unnecessarily increasing motor-fuel prices is bad policy. Joseph LaVorgna, chief U.S. economist at Deutsche Bank, recently calculated that a one-cent fall in pump prices frees up a billion dollars to be used elsewhere in the economy.

Enter the RFS, which the Congressional Budget Office predicts will raise gasoline prices between 13 and 26 cents per gallon by 2017. The Obama Administration and crony capitalists seem intent to snatch defeat from the jaws of victory.

Even pro-renewable green activists reject biofuels, particularly corn-based ethanol, because of their ecological harm. A recent report from the United Nations Intergovernmental Panel on Climate Change reveals that, in many cases “indirect emissions [from biofuels] . . . can lead to greater total emissions than when using petroleum products . . .”

The UN report also notes a variety of other environmental costs to producing biofuels, including nitrogen pollution from fertilizers, a loss of biodiversity, as well as water scarcity.

One prominent environmentalist, Craig Cox of the Environmental Working Group, has even called the government’s promotion of ethanol an “ecological disaster.”

With corn in high demand, prices for everything from poultry to beef have shot up. In chain restaurants alone, the RFS raises the price of food by an estimated $3.2 billion a year.

Thankfully, the EPA has hinted at flexibility regarding the mandate. Last year, it proposed cutting the standard for the first time. However, the agency has since submitted its latest RFS proposal to the White House. And many suspect the standard will be raised after all.

The debate over whether to raise or lower the RFS is beside the point. Any policy hampering our economy, raising the cost of living, and worsening the environment is bad. Lawmakers should be asking: how soon can we repeal the RFS?

(Robert L. Bradley Jr. is CEO and founder of the Institute for Energy Research and the author of seven books on energy history and public policy.)