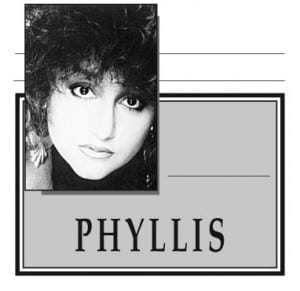 By 1913, his vision of the first moving assembly line produced automobiles at a record-breaking rate.
However successful his manufacturing ideals, it would seem Ford was moved by more than just gas engines. Of musical composition Ford said, “Music and song are, in my opinion, so fine and necessary a part of life that without them we cannot be said really to live at all.”

The Dearborn Symphony under the innovative baton of Kypros Markou opened this musical model year with that made-in-America spirit Sept. 20 at the Henry Ford Estates-Fair Lane, celebrating the centennial of Henry and Clara Ford’s final home.

“With one exception all of the pieces featured on the program were created by American composers,” Markou said. “Copland, Bernstein, Anderson, Chadwick, and Creston created unique new works and styles that reflect the creativity and innovation that characterizes the American spirit, the same spirit that was shown by Henry Ford in his industry.”

To top it off he included the premiere of a new composition, “Sojourn,” by young emerging American composer Stephen Lounsbrough.

Markou found the beautiful outdoor setting inspiring and to reflect the occasion he used the music of beloved American composers.

“To the music of the established composers I wanted to add the voice of a young composer that represents the continuity and future of creativity,” Markou said.

After intermission, Steven Kegler, principal percussion, demonstrated a marimbaphone from Ford’s collection of unique and rare musical instruments.  With support on regular instruments from two colleagues, Kegler played the marimbaphone producing a unique sound by using a string bass bow.

This was followed by a brass quintet that featured three historic brass instruments from the Ford collection.

But what of innovation, Markou’s enthusiasm to encourage and develop new talent led to his idea of a Composer’s Competition. Markou pitched the idea nationally for young American composers to participate. The competition was announced through national organizations such as the College Music Society and the Society of Composers Inc.

The winning work, Loundsbrough’s “Sojourn” received its premiere public performance as part of the Sunday concert. “Sojourn” proved to be an exceptional four-movement composition. Lounsbrough’s thoughtful and creative resolve presented a real challenge that the orchestra met with fine playing.

The work included several violin solos that were given a beautiful rendition by guest concertmaster Jennifer Wey.

Jennifer is a very elegant performer with an exceptionally beautiful tone,” Markou said. “Incidentally, she was playing on a violin from that belonged to Henry Ford and which had been the favorite violin of Maude Powell, one of the most prominent American concert soloists”

“We were honored and proud to partner and share with the Ford Estates in celebrating the 100 anniversary of Clara and Henry Ford’s beloved home,” Symphony President Sandy Butler said.

The Dearborn Symphony continues its season sat 8 p.m. Oct. 9 at the Ford Community & Performing Arts Center with guest violinist Benjamin Beilman performing Sibelius’ “Violin Concerto,” and featuring the music of Tchaikovsky’s “5th Symphony.” Tickets range from $10 to $35 and can be purchased in advance or at the door.