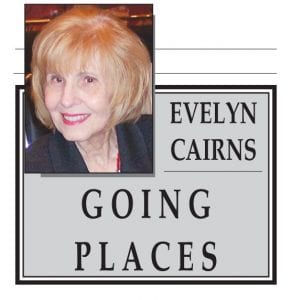 The Trenton Rotary Club is promising a de-lightful and de-licious evening March 3 at its third annual Rockin’ the “D” Downriver fundraiser at Crystal Gardens in Southgate.

The party will get under way at 6 p.m. and continue until 11 p.m. with an open bar, buffet dinner, live and silent auctions, raffles and prizes. Music for dancing to rock ’n’ roll, Motown hits, oldies and other favorites will be provided by disc jockey Ron Hyde of High Altitude Entertainment.

A Motown Money Raffle will offer the winner $2,000, with a maximum of 200 tickets to be sold. Auction items will range from gift baskets to tropical vacations.

Guests will don their favorite “D”-emblazoned apparel to show their support of the “D” and Downriver. The party has always been a sellout — last year’s benefit was attended by a crowd of 500, said Ray Yee, co-chairman of the event with Kimberly Ariganello.

“Many people who have attended prior Rotary events have used the event as a very practical venue for a company party or an opportunity to entertain their families, friends and clients,” Yee said. Tickets, $50, are available by calling 734-671-2531, Opt. 3.

Among more than 50 charities or events the Rotary Club supports annually are ChristNet, Penrickton Center for Blind Children, the St. Philips Food Pantry, the Trenton Educational Foundation and Victory Day. For additional information about the event, call Yee at 734-934-8621.

The Texas Tenors, whose debut performance was eight years ago on NBC’s “America’s Got Talent,” will perform some of their best-known classical, country, Broadway and pop numbers during a concert at 8 p.m. March 10 at the Heinz C. Prechter Educational and Performing Arts Center in Taylor.

Tenors Marcus Collins, John Hagen and JC have performed more than 1,000 concerts around the world, including a 24-city tour of the United Kingdom and China. In addition, they have collaborated with some of the most prestigious symphonies in the United States, among them the Cleveland Pops, Houston Symphony and Pittsburgh Symphony.

The Tenors were recently named the No. 10 Classical Artists in the World by Billboard magazine. Their newest album, “Rise,” was released in September.

The album features a 65-piece orchestra and full choir in such numbers as John Denver’s “Take Me Home, Country Roads,” Puccini’s “Tosca” and a stirring rendition of “God Bless America.”

Concert tickets, $50, are available online at www.wcccd.edu/EPAC/site/index.html. For more information, call the college box office at 734-374-3200.

A talk by historian George Gouth of Taylor will kick off a Lincoln Park Historical Society and Museums’ speaker series at 7 p.m. March 7 at the museum, 1335 Southfield Road.

Gough’s topic will be “The Civil War ‘Iron Brigade’ and Its Downriver Connection,” about the famous Michigan 24th Division, which was organized Downriver in 1862 in response to President Abraham Lincoln’s call to arms.

At 7 p.m. April 4, a round-table discussion by representatives of Downriver historical organizations will focus on both their individual and shared missions. There is no charge to attend either meeting.

March 13-18 — Play, “Rogers & Hammerstein’s Cinderella”; at the Fisher Theatre; tickets starting at $35 are available at all Ticketmaster locations, by phone at 800-982-2787 and online at www.broadwayindetroit.com or www.ticketmaster.com.