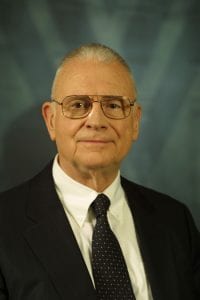 Washington politicians give lip service to debt and deficit reduction, but for the most part, each party is trying to blame the other. A problem of this duration, severity and complexity is not going to be solved without a bipartisan approach.

Politicians and commentators these days like to point to an array of threats to our constitutional system. There’s one, though, that doesn’t get nearly as much attention as it should: our national debt.

We may not yet be in imminent danger of fiscal collapse, but we’re moving into uncharted waters. We are among the most indebted nations in the world, and it’s only getting worse. Thanks to our new tax law, we’re staring ahead at routine federal budget deficits north of $1 trillion each year — compared to what now seems like a paltry $665 billion in 2017.

As we look down the road to an aging population, rising entitlement costs, and skyrocketing interest payments, things promise to go from dismal to dire. In just five years, the head of the Congressional Budget Office warned a few weeks ago, we’ll be spending more on interest payments on the debt than we do on our entire military. By 2028, we’ll be closing in on $1 trillion in interest payments alone each year.

We’re running these deficits at a time of full employment, when the economy is doing well. This is exactly the wrong time to be pressing on the accelerator, because when the downturn comes — which, inevitably, it will — we won’t have room to maneuver.

The more debt we accumulate, the more interest rates rise and the more our spending on debt serves to dampen economic growth. Small wonder that former Fed chair Janet Yellen told Congress last year that rising debt “is the type of thing that should keep people awake at night.”

The problem is not quite that nobody’s talking about the debt in Washington. They are. But it’s not a productive discussion — especially among the politicians who will need to roll up their sleeves and tackle it. They give lip service to debt and deficit reduction, but for the most part, each party is trying to blame the other.

This is not just a waste of time, it’s counter-productive. Because a problem of this duration, severity and complexity is not going to be solved without a bipartisan approach.

Tackling deficits and the debt always takes a back seat to other priorities: tax cuts and spending increases of all kinds and descriptions. Politicians fall prey to the temptation of saying that economic growth will save us — whether it’s spurred by tax cuts or spending increases. We’ve been fed this line for decades, and it hasn’t worked out yet.

To be sure, carefully targeted tax cuts and spending on investments in the economy’s underpinnings — infrastructure, say, or human development — can enhance economic growth. But we’ve had too much that was merely political fodder, and it’s done more harm than good.

What do we do about all of this? “The time to repair the roof,” John F. Kennedy once said, “is when the sun is shining.” That’s why it’s time right now, while the sun is shining on the economy, to repair our fiscal problems. We need to restrain the growth of spending, especially in entitlement programs. And we need to recognize that this most recent tax cut, with its fiscal stimulus and further explosion of debt, is exactly the wrong medicine.

Like a lot of problems, the longer we wait to act, the larger and more disruptive the eventual solution will need to be. We’re probably in the most fiscally irresponsible period in recent American history. Debt is a major threat to our preeminence in the world, since it constrains our ability to steer the economy and react forcefully to unexpected events. How we deal with it will be a real test of our constitutional system and our political system.

Can Congress and the President act against the popular grain to cut spending and raise taxes in the public interest? Can we, as citizens, demand credible action by our political leaders even when it hits us in our pocketbooks?

What we need to do is no secret: we have to spend less and tax more. This is very hard to do. But the system is not self-correcting. Unless Americans demand action, we will continue down our current road until, at some point, the pavement ends and the wheels come off.

(Lee Hamilton is a Senior Advisor for the Indiana University Center on Representative Government; a Distinguished Scholar, IU School of Global and International Studies; and a Professor of Practice, IU School of Public and Environmental Affairs. He was a member of the U.S. House of Representatives for 34 years.)