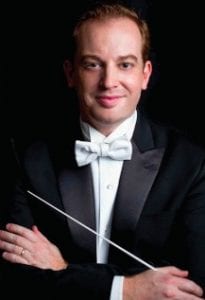 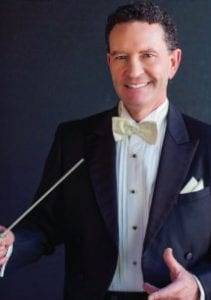 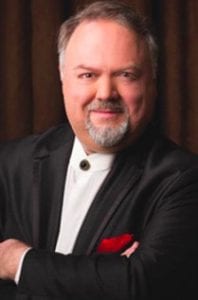 DEARBORN — The Dearborn Symphony hopes to have a new music director and conductor by the end of its 2018-19 season. The three finalists for the job — Jason Altieri, Steven Jarvi and Nick Palmer — will audition by leading the orchestra as guest conductors during concerts

Altieri’s program on Feb. 15 will have Wolfgang Mozart’s “Overture to the Marriage of Figaro” and “Variations with a Rococo variation,” Claude Debussy’s “Petite Suite” and Ludwig van Beethoven’s “First Symphony.”

All three programs will take place at 8 p.m. at the Ford Community & Performing Arts Center, 15801 Michigan Ave.
The conductor search began after Kypros Markou, who had been with the Dearborn Symphony Orchestra for the last 21 years, retired at the end of last season. He is a professor at Wayne State University and and director of the University Symphony Orchestra.
“Kypros really put together an amazing, award-winning orchestra during his time here,” Dearborn Symphony President and Executive Director Sandy Butler said. “It is almost unheard of to be with one orchestra that long.”
Before Markou, Leslie Dunner led the Dearborn Symphony for eight years. He followed the orchestra’s first conductor, Nathan Gordon, who was conductor for 25 years.

Earlier this year the search for a new conductor began with referrals from board members and musicians. Of the 25 recommended conductors invited with a letter via email, 22 applied for the position.

“We asked the applicants for their resume, references, video of them conducting, samples of their repertoire, past experience and ideas for a program,” Butler said. “Everyone who applied were high-level candidates with great qualifications.”

The search committee looked at the information from the 22 applicants and invited 11 back for interviews over three weeks. Eight were done via Skype and three were done in person.

Following the interviews, Altieri, Jarvi and Palmer were selected to conduct one show during the upcoming season.
The artist committee developed the programs for the season, but each of the three candidates were able to make changes if he remained within the guidelines.

Altieri, Jarvi and Palmer will have four rehearsals a week before their scheduled show to practice and interact with the musicians.
“Prior to practicing with the musicians, the conductors will spend lots of time studying each score to ensure they are well prepared,” Butler said.
After each show, the audience will be asked to fill out surveys online as feedback to help with the decision making process. Musicians and board members also will complete surveys for the search committee to review.

“We are planning events so the public can meet with each of the three conductors before a decision is made,” Butler said. “If everything goes to plan, we hope to have a decision on a new conductor made by May.”
Other guest conductors for the Dearborn Symphony’s 57th season are Suzanne Acton on Nov. 9 with the Friends of the Opera and the Vanguard Grand Chorus, and Rich Ridenour on March 29 with Music of the Knights.
For more information or tickets go to www.dearbornsymphony.org.
(Zeinab Najm can be reached at [email protected])