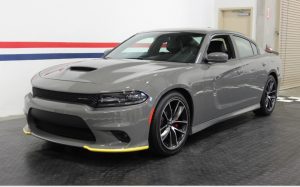 DEARBORN — A Dodge Charger returned by the lessee last April was reported missing Jan. 20 by a representative of Westborn Chrysler, 23300 Michigan Ave., who said the sports car was first determined to be missing in June, when a transport company came to pick it up for auction.

In December, a representative from the dealership’s financial institution said that since it was not known where the vehicle was, dealership personnel needed to file a police report to document the incident. Both the car and its keys were missing.